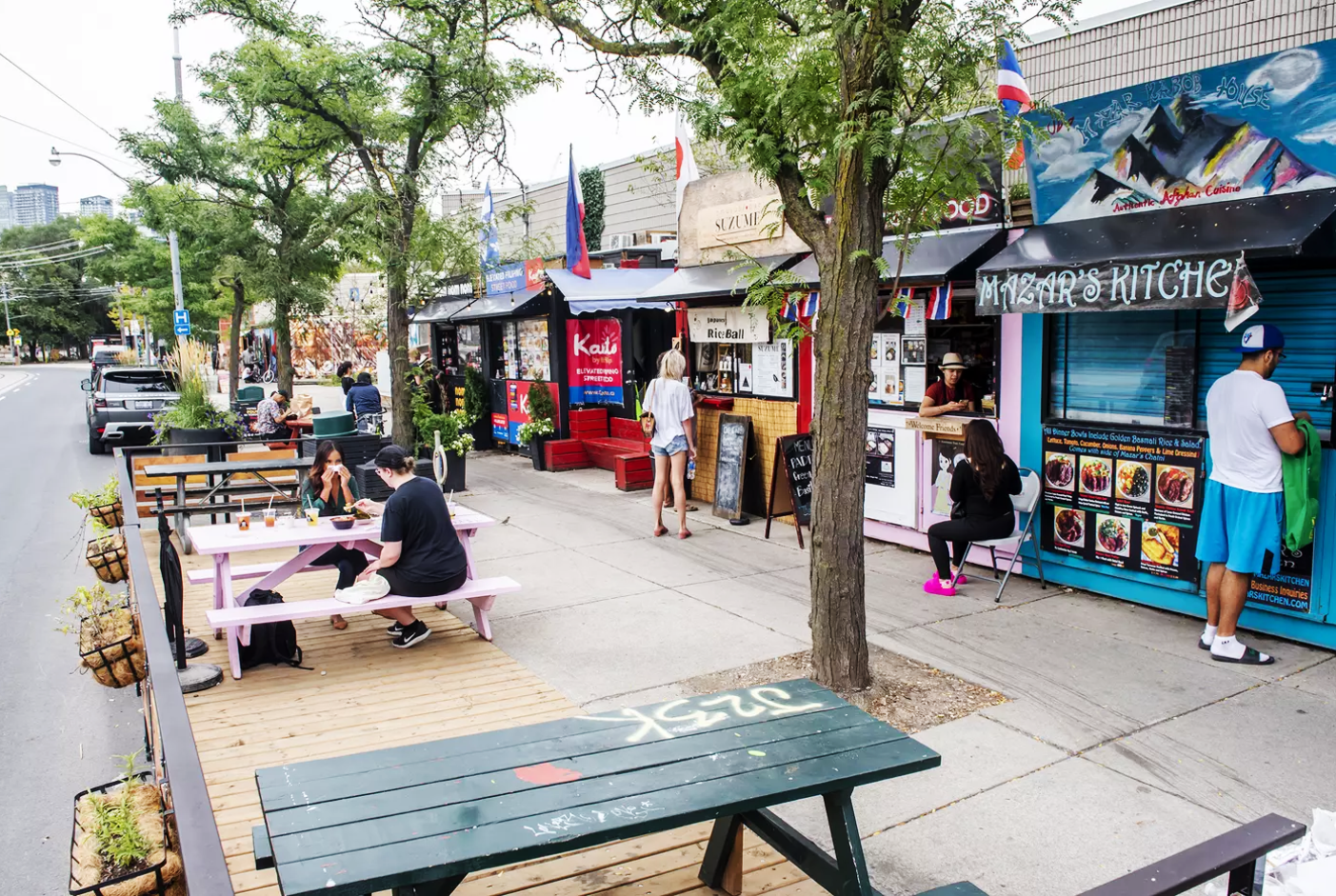 How can parks support equitable local economies as part of COVID recovery and beyond.

COVID-19 has highlighted the potential for parks to contribute to local economic resilience. With reduced opportunities for businesses to operate safely indoors, parks have filled in as dining spaces, gyms, offices, markets, and more.

But as the pandemic has deepened existing economic divides, it has also raised questions about the role of commerce in outdoor spaces and how to ensure the benefits are distributed equitably.

Critics point out, however, that these benefits often only extend to the already privileged.

“Historically, parks have often been leveraged for the economic development of people who already have money,” said Dr. Naomi Adiv, a professor of political science at the University of Toronto. For example, a park-induced boost to property values often further enriches homeowners and can contribute to the displacement of lower income residents from rising rents and development pressure—a process often called green gentrification.

The opportunity then is in finding ways to harness the economic development potential of parks, particularly given the impacts of COVID-19, to support local neighbourhood economies beyond the measuring stick of property values. 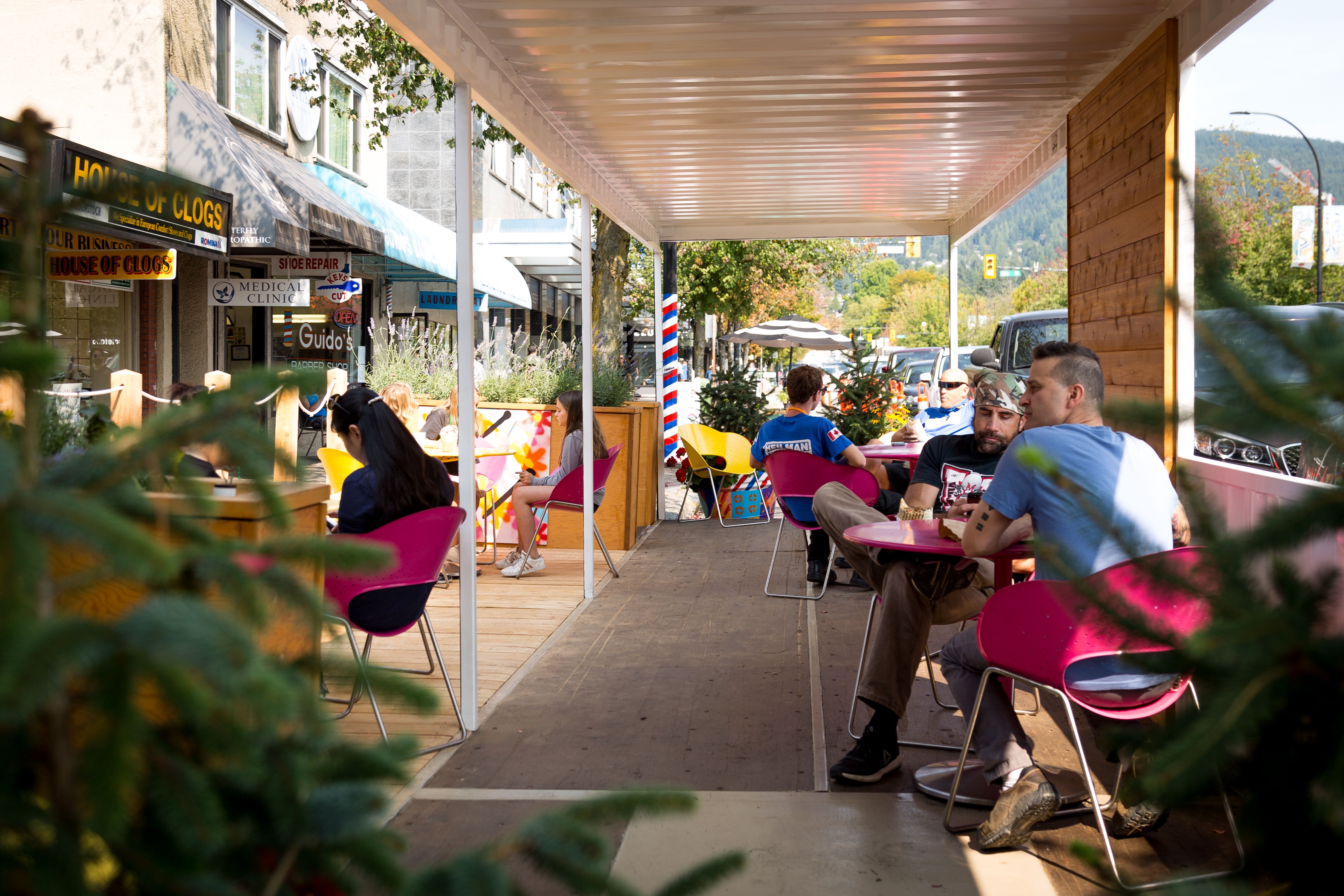 In the past year, cities have worked to support local businesses through creative new initiatives that bring retail and services outdoors. 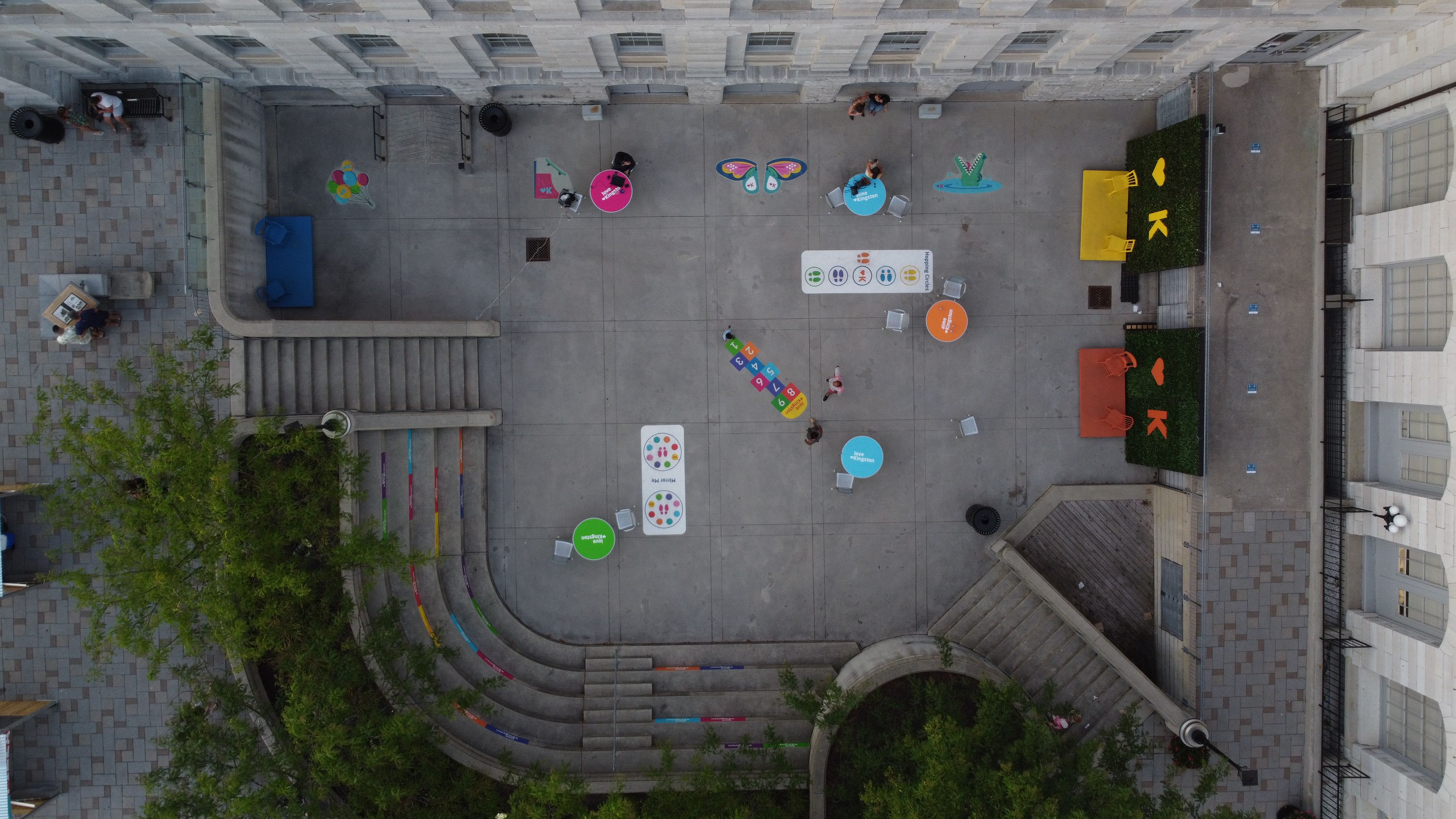 Projects like these have provided an economic lifeline during a period of hardship for many, and offer inspiration on how parks can be part of COVID-19 recovery. Moving forward, park projects have potential to help address economic inequities that have deepened during the pandemic—but they also have potential to do the opposite, unless designed thoughtfully.

For example, Dr. Adiv pointed out that while restaurant owners have been permitted to expand their patios onto sidewalks during the pandemic, street food vendors—many of whom lack the start-up capital to open a storefront—remain heavily regulated or prohibited in many cities. This disparity could be addressed by ensuring new permitting opportunities that allow restaurateurs to operate outdoors are extended to street food vendors, too.

Similarly, planners Amina Yasin and Daniella Fergusson draw attention to the ways COVID-inspired economic initiatives in public space have come at the cost of access for some. “Pandemic patios have not only privatized many public spaces, but they have also … displac[ed] specifically vulnerable users including disabled people and unhoused residents,” they wrote.

Despite the potential to exacerbate inequities, Dr. Adiv argued that we shouldn’t dismiss or restrict economic activities in parks altogether.

“Economic development is not one thing, just like public space is not one thing,” Dr. Adiv said, pointing out that a large beer festival in a downtown signature park is not the same as a small market in a local park where community members can sell their handmade wares. 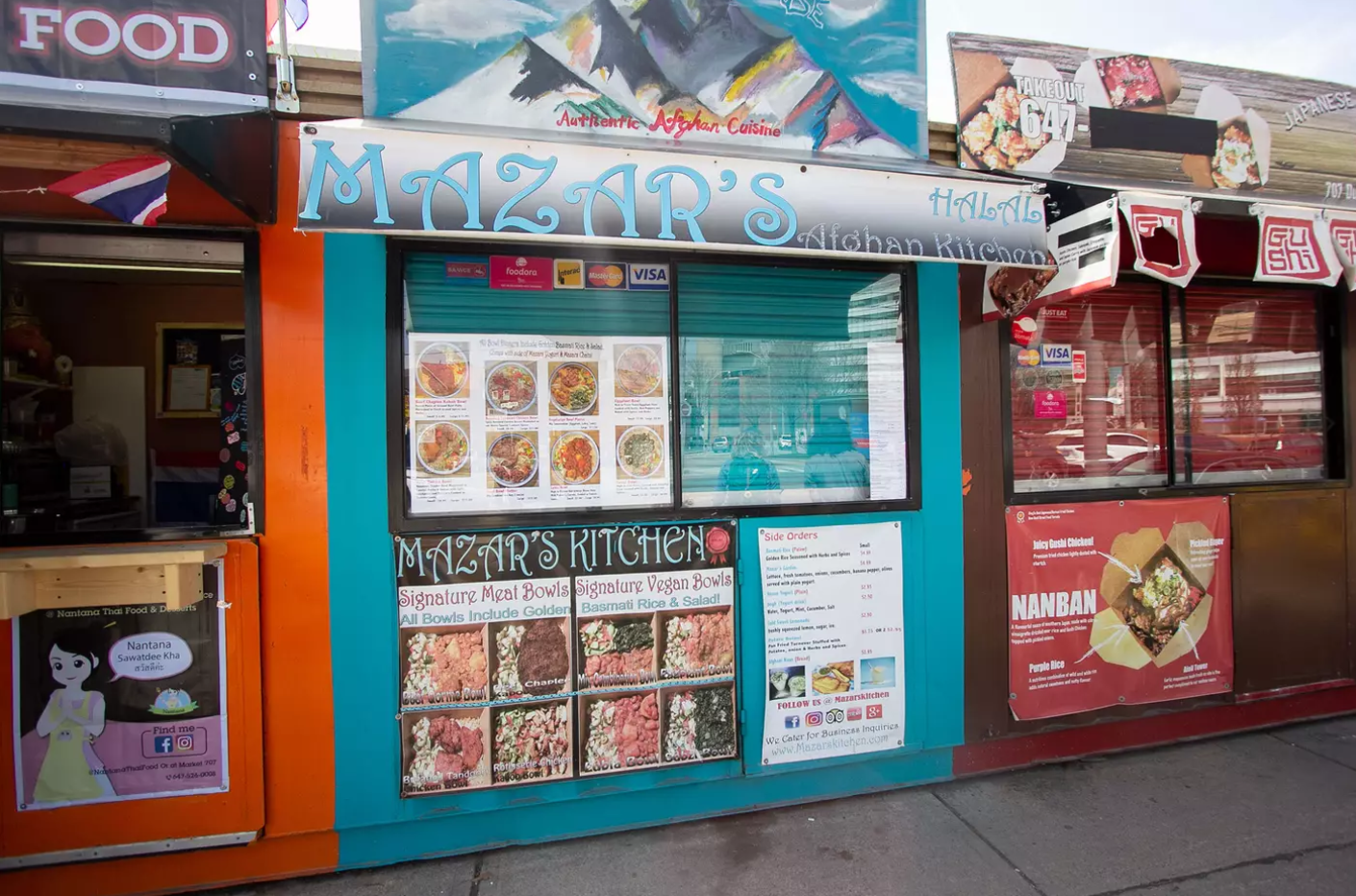 One example of an equity-minded economic model is the Business out of the Box program, led by Toronto’s Scadding Court Community Centre. The program sees shipping containers converted into storefronts for aspiring local entrepreneurs to start up businesses. Market 707, the first site where the program was implemented, launched in 2010 adjacent to Alexandra Park. It now supports a diverse roster of 22 vendors, including takeout restaurateurs, a tattoo parlour, a bike repair shop, a dreadlock cleaning service, and a tech shop.

The Business Out of the Box program has also helped to seed other shipping container businesses, like the cafe created by the Thorncliffe Park Women’s Committee in RV Burgess Park, which benefited from start-up guidance from Scadding Court staff.

“As places of congregation, where people come together, parks have historically and continue to be places where lots of big ideas get made,” said Alina Chatterjee, Scadding Court’s Senior Director of Communications and Innovations.

But bringing these ideas to life can be a challenge, Chatterjee noted, as many of the entrepreneurs Market 707 supports are lower income and face racism and other systemic barriers in accessing employment. “Our mission is to basically get people whatever they need to reach their potential and become part of the labour market,” Chatterjee added.

The program delivers a “triple bottom line,” said Chatterjee. For vendors, it provides an income source and sense of belonging to the community. For the city, it animates public spaces and diversifies the local retail landscape. For Scadding Court, the low rent charged to vendors—$14 a day—generates roughly $300,000 in annual revenues that are reinvested back into community programming. 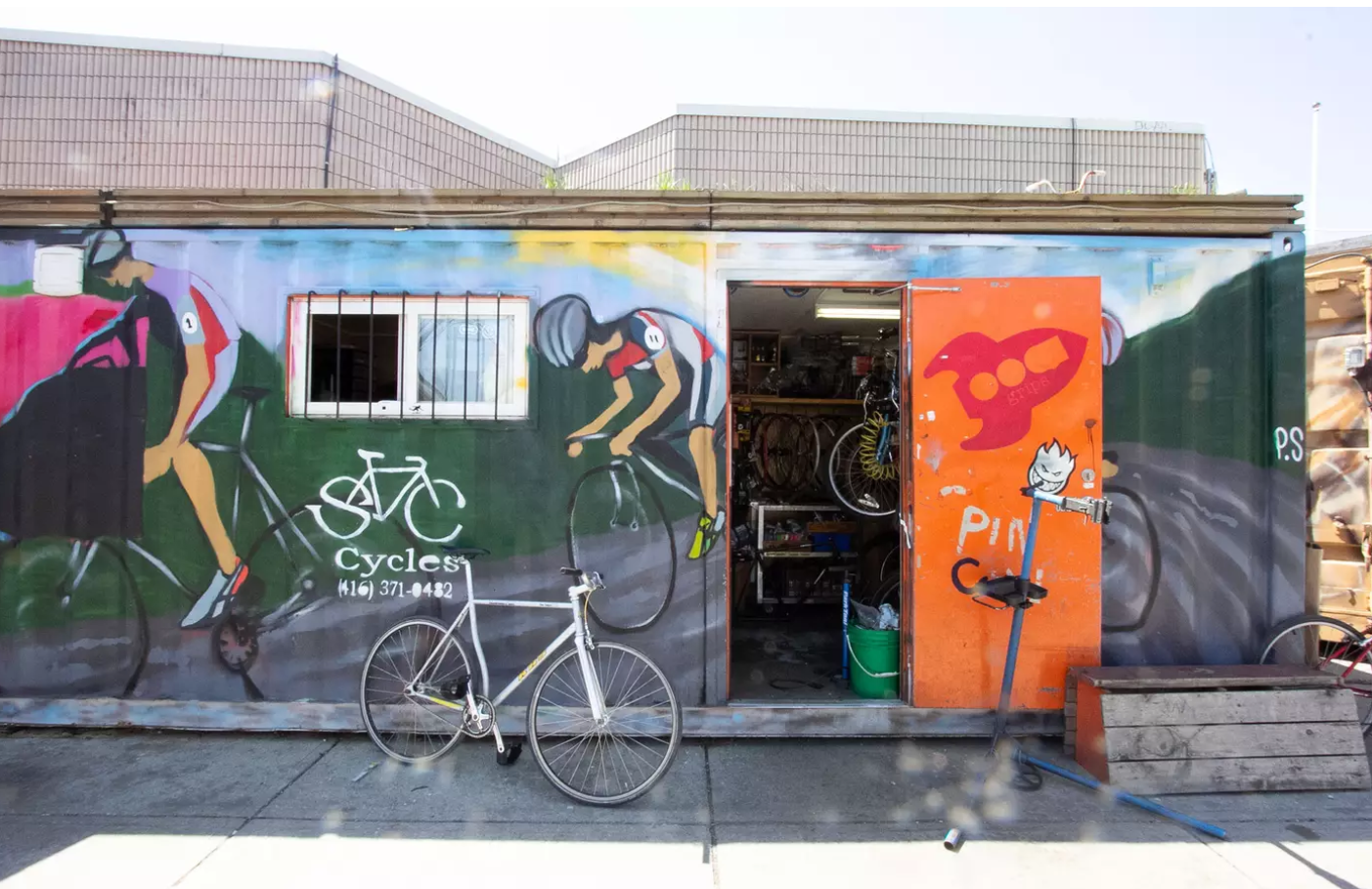 Similarly, Montreal’s Coop Les Valoristes—a cooperative for informal workers who earn an income collecting refundable beverage containers, known as “valoristes” in Quebec and “binners” in Western Canada—is creatively making use of public space to expand job opportunities. The coop operates a seasonal outdoor bottle depot underneath the Jacques Cartier Bridge, and pop-up mobile depots in other parks and public spaces, where binners can redeem their recyclables for cash.

Not only do the depots create income opportunities for people who, for a variety of reasons, “can’t fit the 9-to-5 framework,” said Marica Vazquez Tagliero, the coop’s coordinator, but binners also “have a super important role in helping divert the stuff that would go to garbage otherwise, especially littering.” The importance of the coop’s outdoor Jacques Cartier depot was highlighted at the start of the COVID-19 pandemic when redemption services at grocery stores in Montreal were closed. In just 20 days, the coop collected 80,000 containers.

A past mobile depot hosted by Coop Les Valoristes took place at Mount Royal Park on Sundays alongside Tam-Tams—a popular weekly festival that sees drummers and dancers gather in the park. Pairing the depot with park programming helped to ensure the park remained clean after the large event, but also created a fun atmosphere where passersby could learn from coop members—both about proper recycling practices, and about the value of binners, a group faced with “a lot of stigma,” Tagliero said.

The coop’s work also highlights how economic activity can help spur creative programming in public space. The group hosts the annual Valoriste Olympics, which sees binners participate in games and competitions like “who can count a bag of cans the fastest” and “who can toss a bag of cans the farthest,” allowing for community-building while animating an underused space. 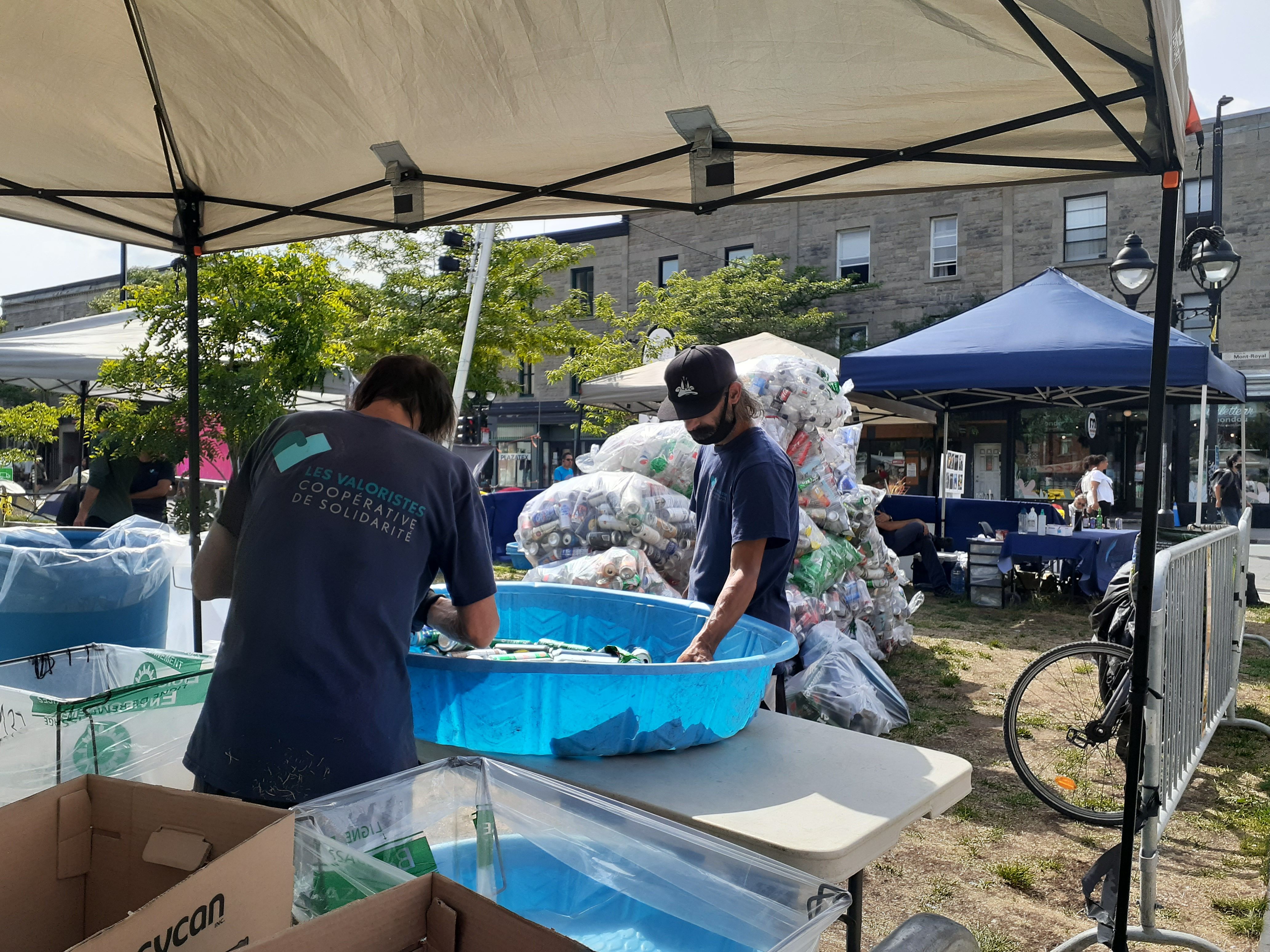 City support has been crucial to Coop Les Valoristes’ success. In partnership with two Montreal boroughs, Coop Les Valoristes implemented participatory waste bins which are designed with a dedicated space for refundable containers, making them easy for binners to retrieve. The project highlights how small changes to park amenities can support economic and environmental benefits, Tagliero said.

“I think it's healthy to recognize that there is this informal economy,” Tagliero said, “so let's accept it and let's make it better—let's see the contribution that it has to the rest of society.”

Noting the important impact binners have on park maintenance by cleaning up litter, Tagliero urges cities to provide supports—whether subsidizing the work of binners through creative employment programs, or adding supportive park infrastructure like participatory waste bins or lockers where binners can store their containers overnight until redemption centres open. 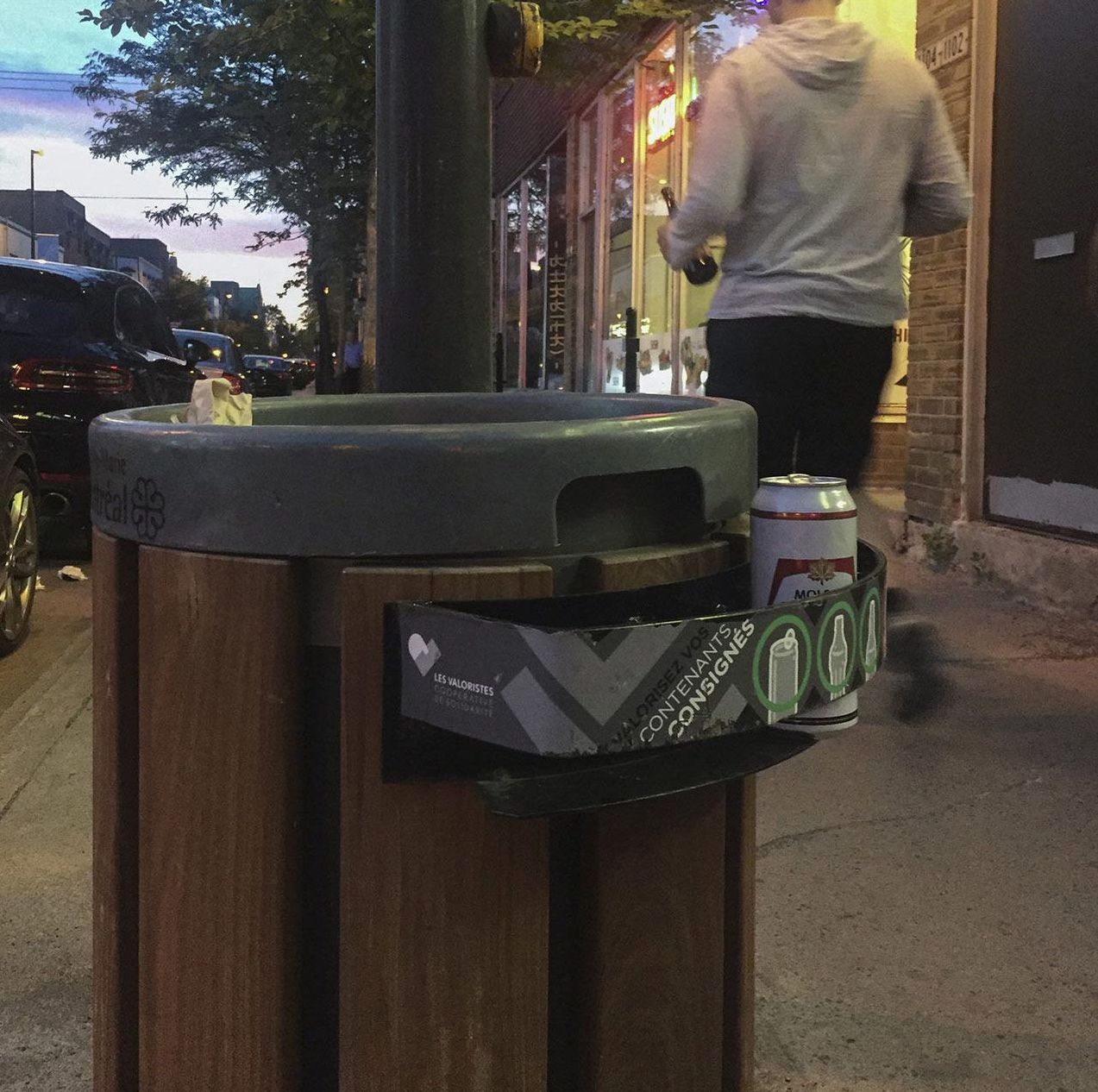 Building off of established models like farmers markets and concessions, a new wave of entrepreneurs—and the cities that support them—are pushing the creative envelope for the types of income opportunities that can exist in parks. 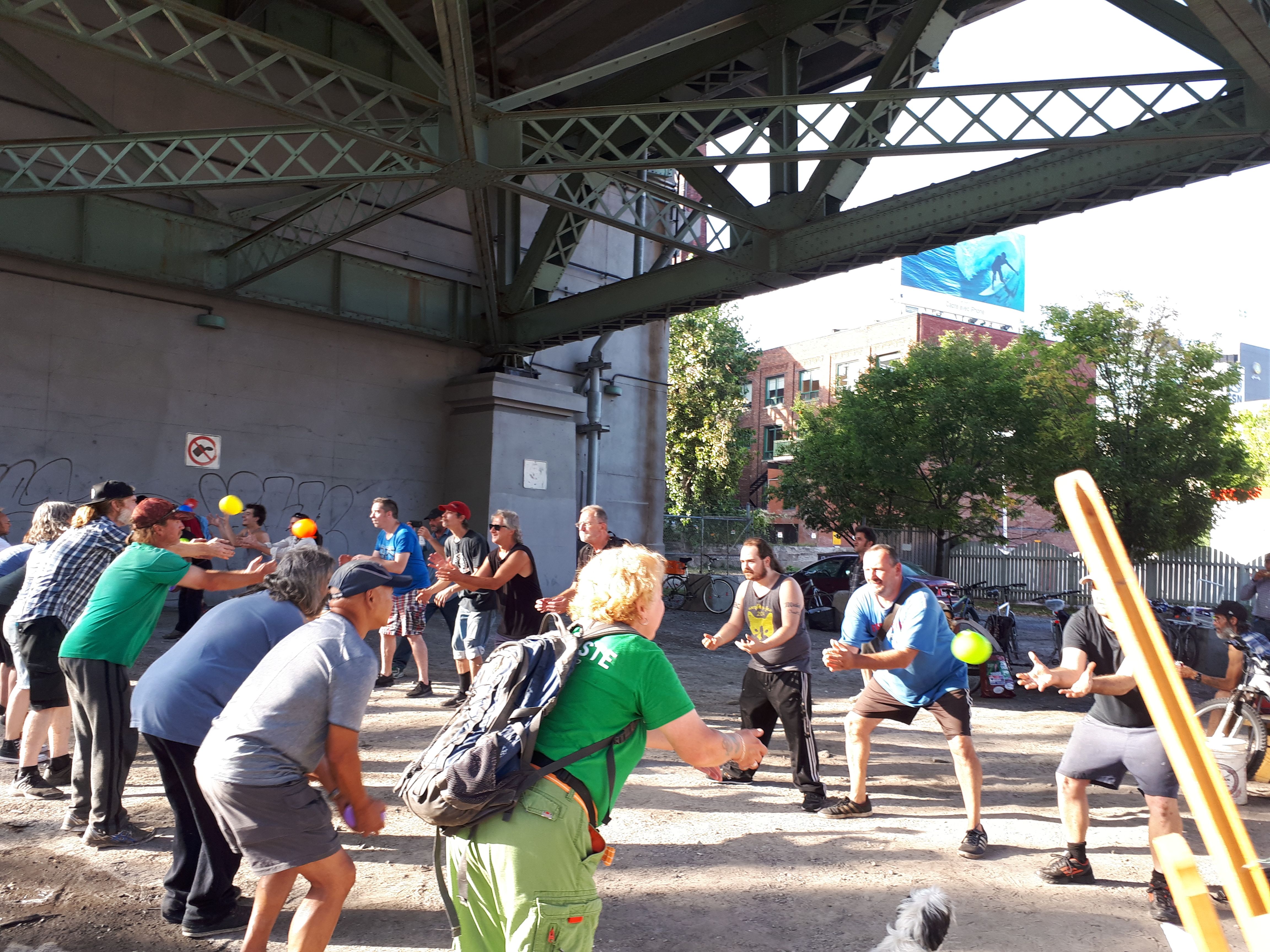 Putting it into practice

These models provide inspiration on the possibilities for parks to contribute to an equitable economic recovery:

Special Thanks
Park People thanks Maglin Site Furniture for their support for this featured Activation story.