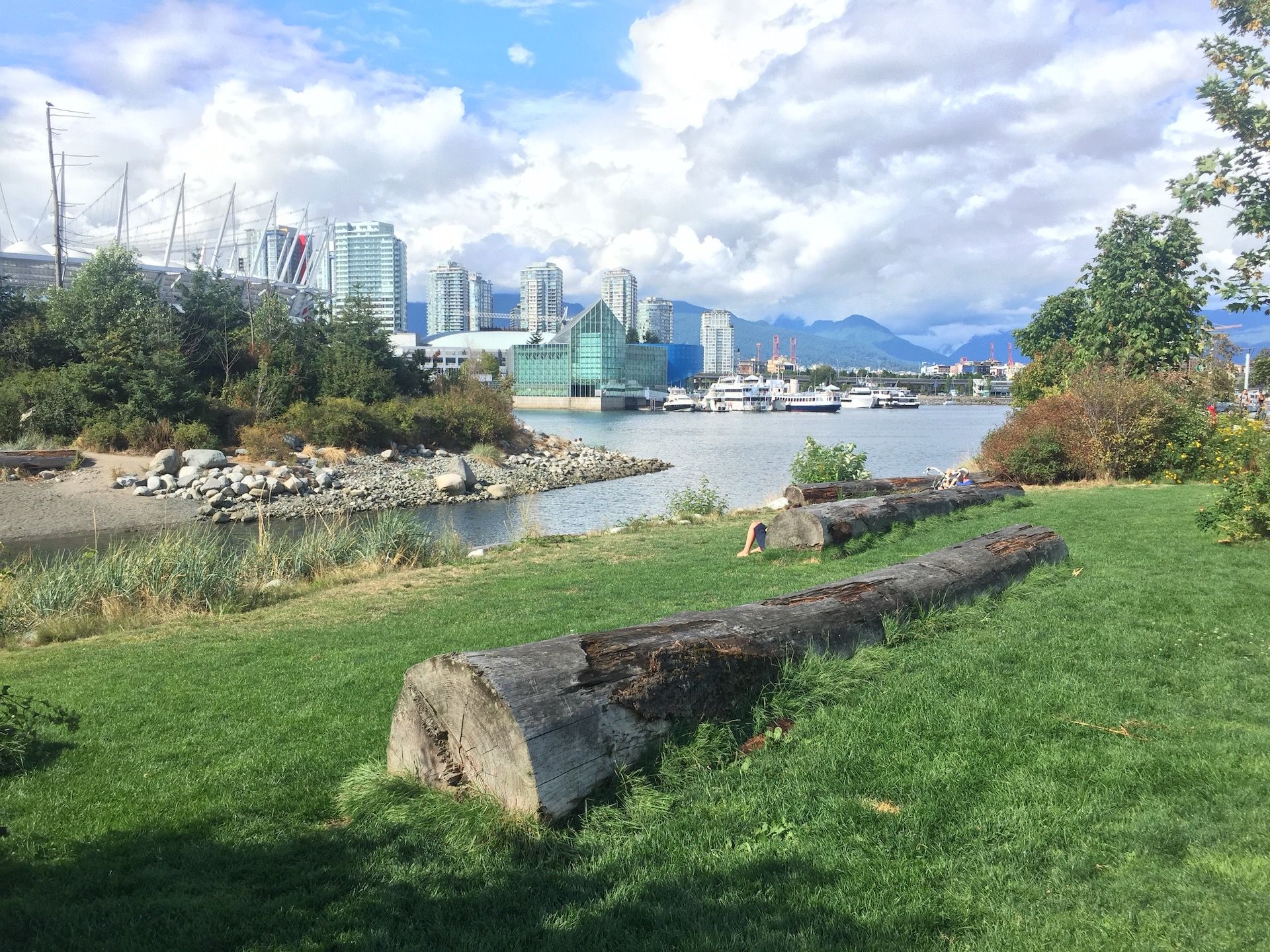 A retaining wall is a piece of infrastructure, but what about a waterfront park?

In recognition of the climate resilience benefits of green spaces, such as flood protection, many Canadian cities are moving more towards nature-based solutions that view parks as key pieces of green infrastructure.

According to researchers, nature-based solutions are “actions which are inspired by, supported by, or copied from nature” and include “enhancing, restoring, creating, and designing new ecological networks characterized by multi-functionality and connectivity.”

In other words, instead of pipes or concrete walls, we can build parks that mimic or enhance natural processes, like how a pond protects against flooding by holding water. These spaces then provide both climate resilience benefits and create space for recreation and natural habitat—something a pipe can’t do.

In order to position urban natural spaces as infrastructure, some Canadian researchers argue we must first understand the value these natural spaces provide to a functioning, resilient city in the face of climate change. This includes putting a financial value on the services a green space provides, such as the amount of carbon it absorbs or how it helps manage stormwater.

Not doing so risks reducing economic incentives for green space preservation or enhancement and undervaluing these spaces relative to other land uses, like roads, the authors of a Montreal-based study argue. To “curb this problem,” they say, we can “demonstrate the real economic contribution of natural capital to the wellbeing of communities and to consider the cost of erosion of these amenities.” 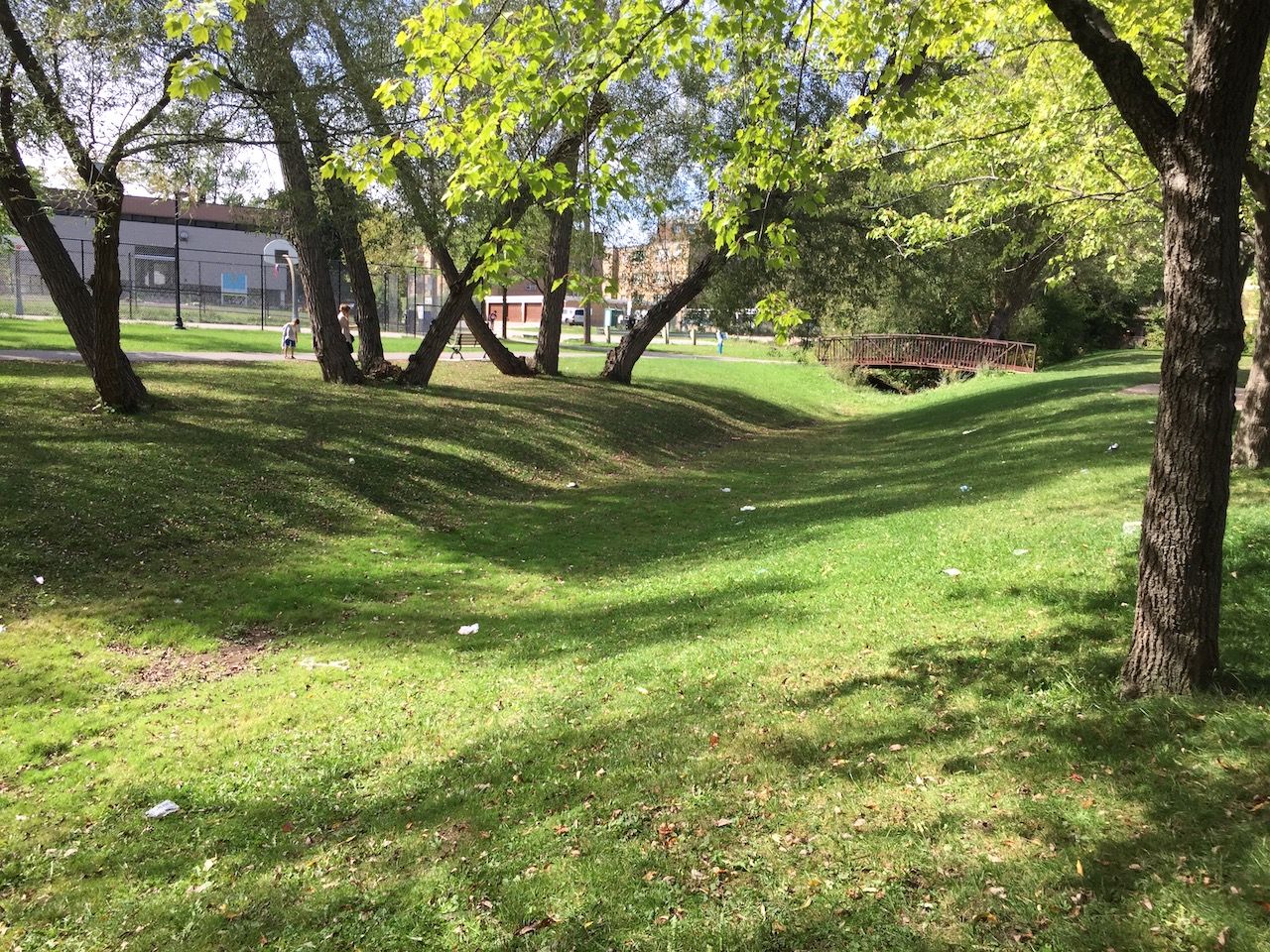 Some Canadian cities are hoping to do just that. New climate change plans in Calgary, Guelph, and Edmonton call for natural asset valuation studies. And the Municipal Natural Assets Initiative, a non-profit dedicated to “helping municipalities count nature,” has launched a new project with 22 Canadian municipalities, including Charlottetown, Kelowna, Surrey, Langley Township, Winnipeg, Mississauga, and Halifax.

The project includes working with cities to undertake an inventory of natural assets, which includes their location and condition. Doing so can help cities better plan for climate resilience by protecting and enhancing natural assets, such as woodlands, creeks, and other green spaces. As MNAI states: “natural assets can provide the same level of service as many engineered assets, and often at a much lower cost to the balance sheet and to the environment.”

This has caught the attention of advocates, such as Nature Canada Policy Manager Michael Polanyi. He sees this work as a way to better incorporate considerations for the services natural spaces provide into planning.

Making it clear “how reliant we are on the hidden services that are provided by nature does seem to be an impetus for changing approaches to decision-making,” Polanyi said. “Councillors and decision-makers are so focused on the economic side of things. Unless that’s made visible, it’s hard to make the case for investing in protection.”

Some independent studies have worked to make some of these hidden services visible—at least in financial terms.

A 2014 TD Economics report on the value of urban forests in Halifax, Montreal, and Vancouver, found financial savings in air quality, stormwater management, energy (heating and cooling costs), and carbon sequestration. This ranged from $2 in benefits for every $1 spent on trees in Montreal, to up to $13 in benefits in Halifax. A similar report focused on Toronto, found trees provide $80 million in benefits per year to Torontonians, which works out to about $125 per resident. 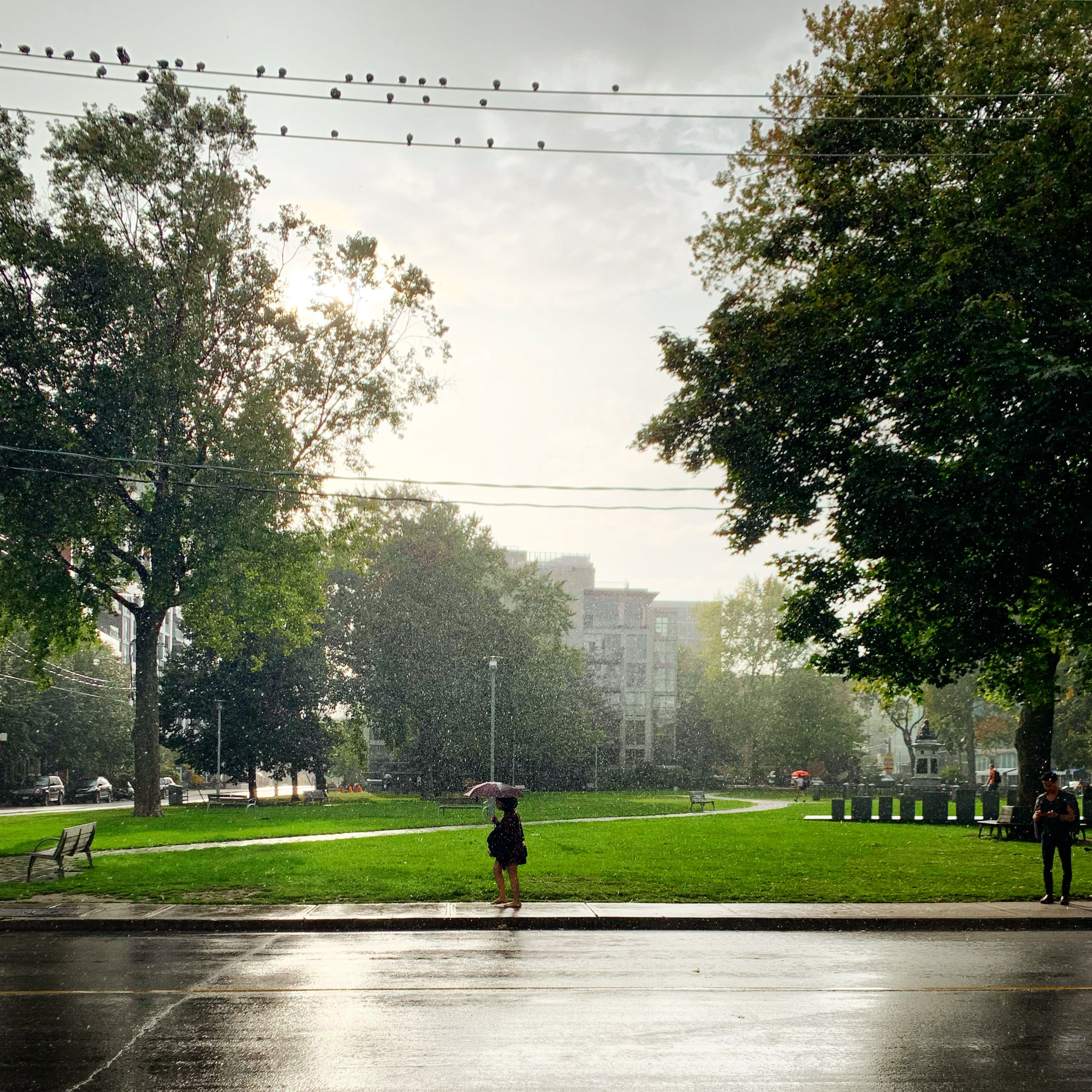 The challenges of valuation

Cities are now working towards this type of evaluation themselves, expanding the calculations beyond trees to take into account the full spectrum of green spaces.

Mississauga’s Climate Change Supervisor Leya Barry said that a 2016 Insurance Bureau of Canada study looking at climatic events was a “catalyst” for the city’s climate change work. “It really painted a clearer picture of what’s going to happen if we don’t start being more intentional and considering these things more holistically.”

That study found the cost of one extreme ice storm event could cause up to $38 million in damages in Mississauga.

Mississauga then commissioned a climate risk assessment of three parks. While the process is usually used to evaluate hard infrastructure, such as bridges, Barry said the city wanted to include natural infrastructure to better understand the risk to the city’s green spaces. The study found the highest threats were from flooding, ice storms, heat, and wind—the last of which Barry said can do an enormous amount of damage to tree canopies.

However, assigning value to natural spaces such as stormwater facilities, parks, and even sports fields, can be a fraught process.

“It’s very difficult to think about natural assets strictly from a financial lens because...it doesn’t account for all the other benefits and services that asset provides,” Barry said. “If you’re saying I spent $400 on this tree, so therefore the replacement value of this tree is $400, that’s a real simplification and that’s kind of problematic.”

For example, Barry said the city’s not sure how cultural value will be included, but hopes it will be a consideration when the city gets to the valuation stage.

The challenge of putting a financial value on green spaces is one that other cities are struggling with as well.

How do we put a value on the social impact of parks and the connections with our neighbours? What about the aesthetic appreciation of sun filtering through leaves? Or the relaxation we feel walking in an urban forest? Should those even be considered in financial terms at all or does reducing parks to economic terms risk flattening the more intangible, yet critically important, benefits of parks?

Indeed, the challenges of using financial terminology to describe nature’s value is addressed in Saskatoon’s new Green Strategy, which was released in 2020 alongside the city’s Natural Capital Asset Valuation study. The latter received funding from the Federation of Canadian Municipalities’ Municipalities for Climate Innovation Program.

While the valuation study also highlighted the cultural, heritage, and aesthetic importance of parks, it concluded that more work was required to acknowledge these values and that it was difficult to “express this value in financial terms.” One key learning was the importance of involving stakeholders who hold different views on the services ecosystems provide, such as cultural services, to inform the approach to the study.

City staff pointed out there is a “need to view nature and cultural spaces beyond their capital function,” adding that “many Indigenous worldviews see the land as sacred, and believe humans should not apply economic terminology to it. We shouldn’t lose sight of the intrinsic value of nature when applying an asset management approach.”