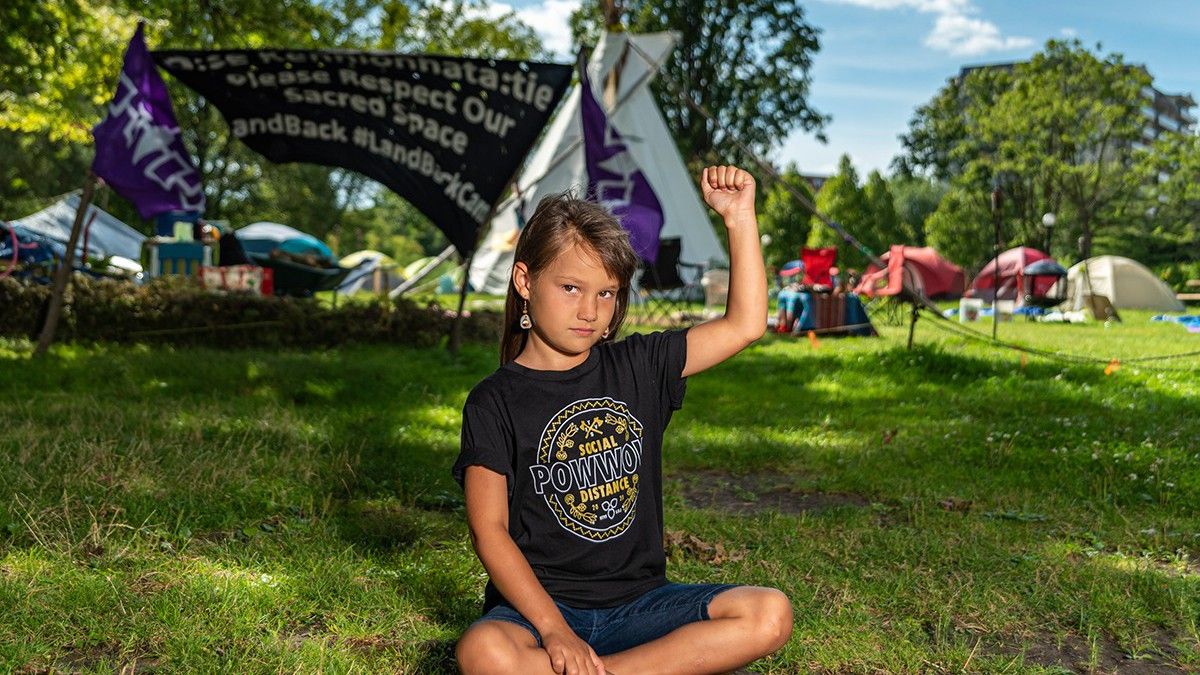 How reframing our notions of park stewardship can help restore relationships to the land.

Parks have become a vital communal space in the COVID-19 pandemic. They appeal to our need for relationships; both to each other in a time of social distancing and to the outdoors as we are asked to stay at home. But we often fail to acknowledge the role of parks in generations of dispossession.

In doing so, we miss how their presence can actually mean the loss of relationships for some. In choosing to recentre these histories, we can learn how centuries of colonization have led to a disconnectedness to our surroundings that is still present today. And we are able to move towards a different approach that is led by Indigenous and Black communities: collective stewardship. 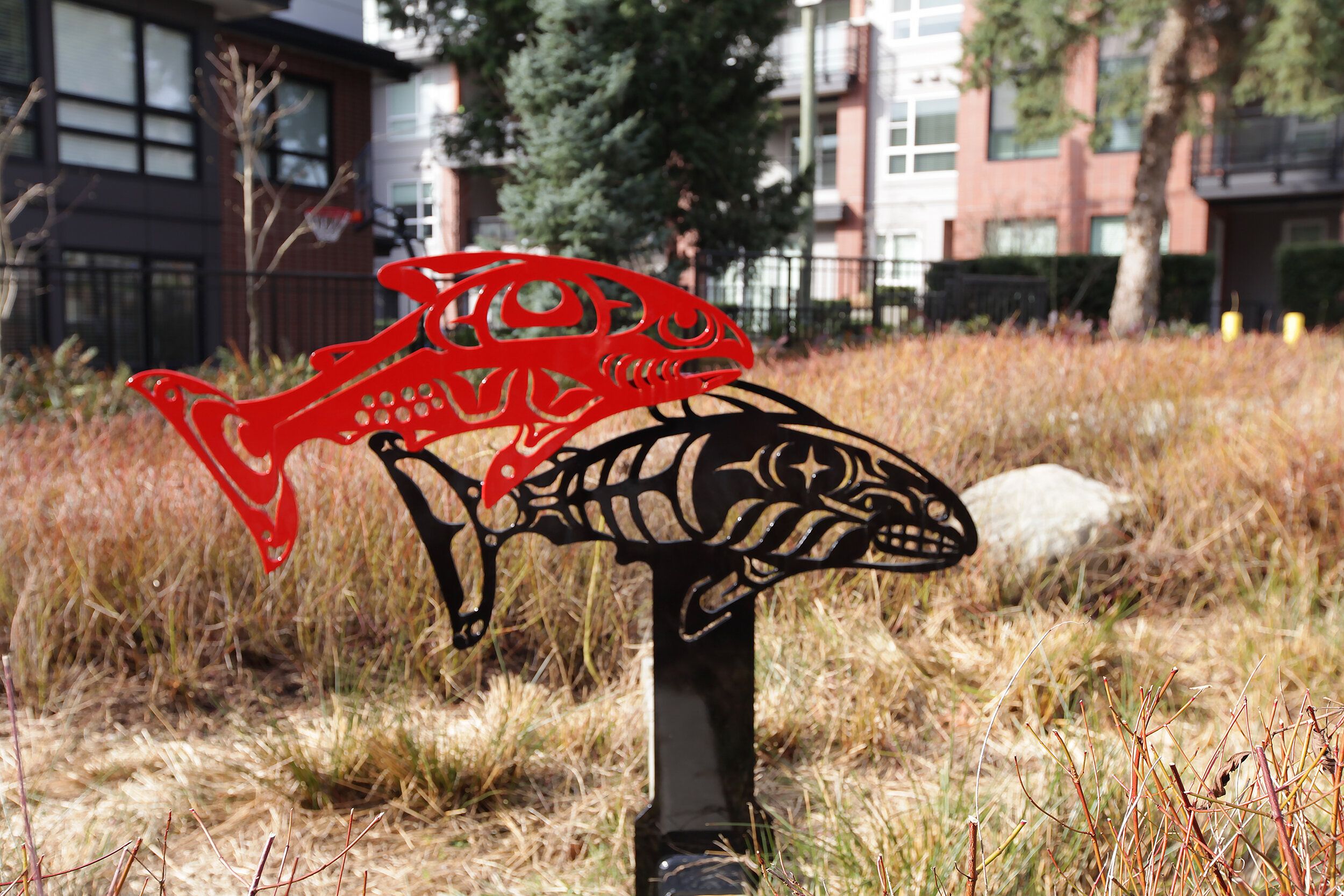 Many of the relationships in our parks and on these lands are rooted in legacies of dispossession. Before first contact with European settlers, many Indigenous nations built treaties among themselves to allow for mutual benefit from the land and its resources. Relationships were key to mark and uphold sacred covenants. This was greatly disrupted by European mindsets that prioritized permanently carving out parcels of land for settlers. Dividing up land was central to claiming ownership of a land already inhabited by Indigenous peoples.

Eli Enns, president of IISAAK OLAM Foundation, brought up the establishment of Riding Mountain National Park as an example. In the 1930s, the reserve of the Keeseekoowenin Ojibway First Nations was erased to introduce the park in its place. “There's layers and layers of injustice and bad decision-making,” Enns described.

Importantly, using parks as a tool for colonization also separated “humanity from nature to trick ourselves into believing the world is disconnected,” Enns said. It mirrors instances such as the development of Stanley Park in Vancouver that dismantled First Nations settlements in Brockton Point.

Through the transatlantic slave trade enslaved Africans were later brought to tend to Canadian lands. In this process, enslaved peoples’ relationships to their own ancestral lands were broken, as well as to their autonomy. The abolishment of slavery would not allow Black people to move freely across these lands even generations later.

In parks, Meg Stanely and Tina Loo write about racial segregation in Banff National Park where “Black and Chinese visitors were thus subjected to a less conspicuous – and more polite – kind of racism…They could come at times when white patrons were less likely to be present, and they could always use separate facilities.”

Across the country in Halifax, the residents of the historically Black neighbourhood “Africville” were displaced in the name of “urban renewal”. Over their former homes, an off-leash dog park was created that only closed after years of community advocacy. 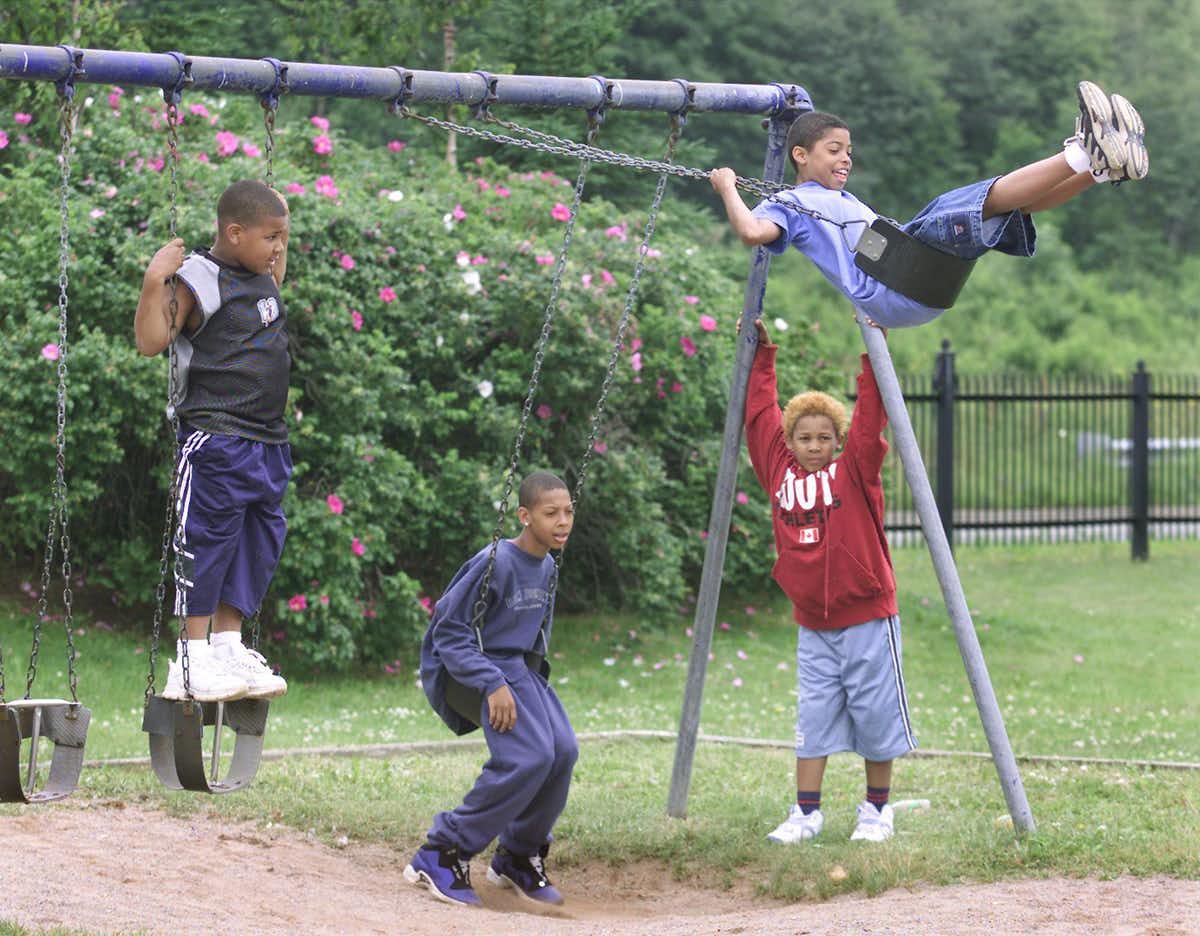 In the face of such disconnectedness, Eli Enns pointed to a Tla-o-qui-aht teaching for guidance: Hishuk Ish Tsa’walk (everything is one, everything is connected): “And so from a stewardship perspective, we're simply talking about exercising our relationship with other—other humans and other creatures within an environment.”

So what would it look like to acknowledge these severed relationships in our parks to move instead towards stewardship?

First, it's necessary to dispel the different meanings attached to stewardship over the years that exclude Indigenous, Black and other racialized people. Environmental science for example has traditionally focused on conservation efforts that exclude equity and justice. Dr. Fikile Nxumalo, an assistant professor at the University of Toronto who studies land-based education, acknowledged this contention: “I want to disrupt what I see as a pretty colonial and human centered way of thinking about stewardship. And what it means in the context of a colonized and anti-Black world.”

To do so, our understanding of the term “stewardship” must be grounded in Indigenous worldviews as we acknowledge them as the original and future stewards of this land. This orientation prioritizes relationship building at its core: to each other, to the land and to the non-human beings who occupy it with us.

Alanah Jewell, a Parks Engagement Associate at the City of Kitchener, explained her understanding of stewardship as “going back to caring for yourself and caring for the land that involves care-taking and working together in community for the same goal.”

The Indigenous Land Stewardship Circle in Toronto describes stewardship as “giving our people the opportunity to heal from the traumas of colonialism by engaging the land in ceremony and in community.” The Circle has worked to educate local residents and the municipality on the importance of the oak savannahs in High Park and traditional methods on ensuring their growth.

Jewell highlighted the necessity of stewardship projects to facilitate the relationship between teacher and learner, where the teacher is in fact the land. 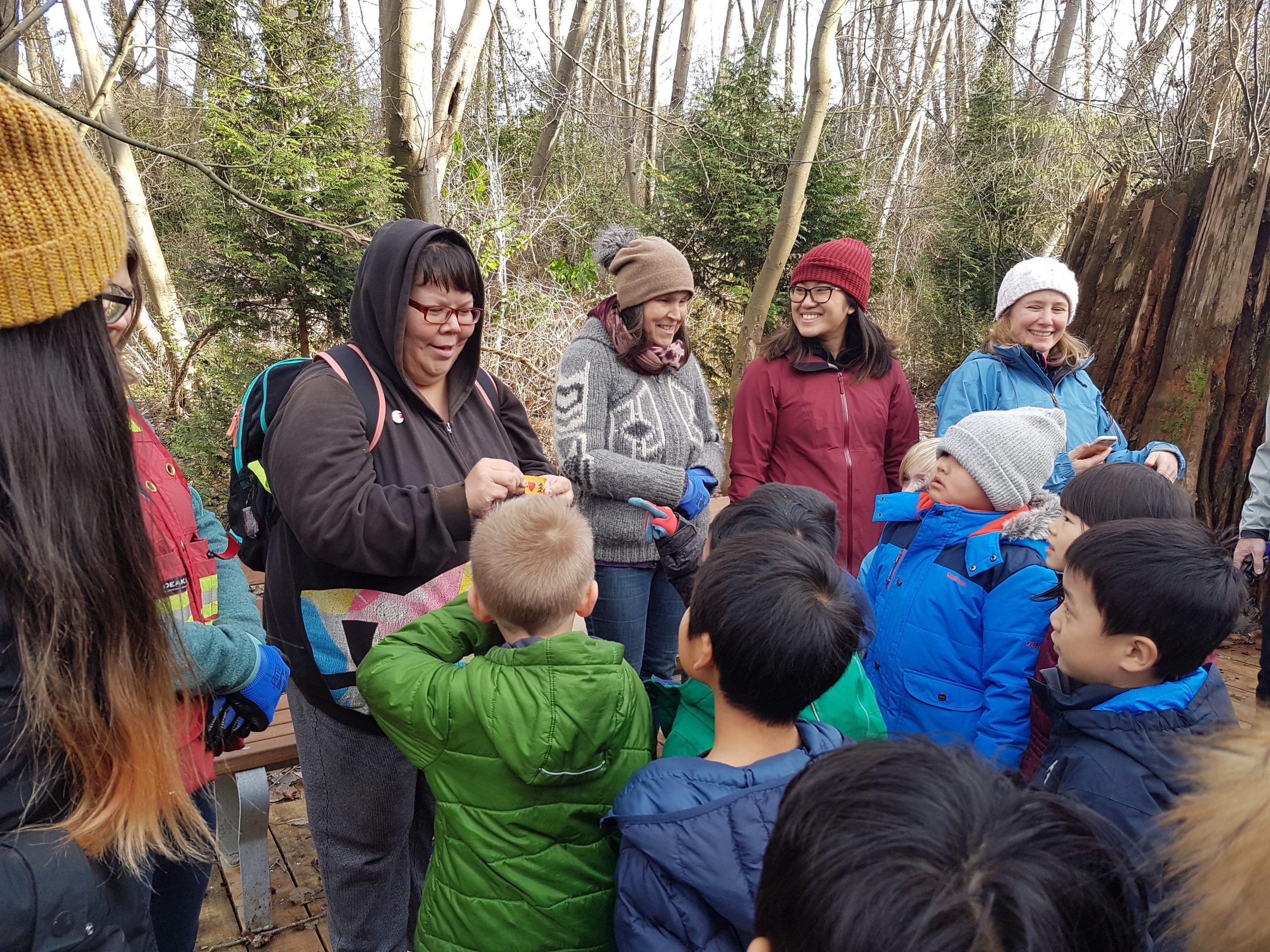 Following the lead of Indigenous people

Essential to all of these initiatives was the engagement of parks departments in reconciliation work.

Rena Soutar, reconciliation planner with the Vancouver Board of Parks and Recreation, has highlighted the role park administrators play as “narrators and curators” of cultural narratives in parks, which can lead to erasure of Indigenous presence without thoughtful consideration. It is why Soutar is leading the Park Board in a “colonial audit” to outline the Indigenous communities negatively impacted by the Board’s actions.

For other municipalities, this work may look like recognizing how city structures limit the types of activities allowed and making space for the ones that may not fit into certain ideals of how parks are “meant to be used.”

In Kitchener, the occupation of Victoria and Waterloo Park by the O:se Kenhionhata:tie Land Back Camp began in the summer of 2020. This increased conversations at the municipality about how to incorporate reconciliation into the work of parks. The learnings included the need to remove barriers—which led to the city temporarily waiving fees for Indigenous cultural events—and an increasing awareness of the systems that shut out racialized and other equity seeking groups from accessing park spaces.

Following the lead set by Indigenous people does not mean settlers cannot (or should not) contribute.

Carmen Rosen, founder of the Still Moon Arts Society in Vancouver, leads a group of residents to put on arts programming in the Renfrew-Collingwood neighbourhood, such as the Moon Festival.

Rosen shared that she was unaware of much of the Indigenous history of Vancouver, which is on the unceded territories of the xʷməθkʷəy̓əm (Musqueam), Sḵwx̱wú7mesh (Squamish), and Sel̓íl̓witulh (Tsleil-Waututh) Nations, until later in life. Since, she’s built deep friendships with Indigenous leaders in her community that have stepped in to direct initiatives such as Resurfacing History in Slocan Park Fieldhouse. A part of Vancouver’s Fieldhouse Programs, Resurfacing History is an Indigenous-led program that “resurfaces” land-based teachings and practices.

These initiatives, and others like them, have only been possible after taking the time to reconnect to the land and its histories. It is reminiscent of the term sankofa, from the Twi language of Ghana, that uses the image of a bird to describe the necessity of looking backwards before moving forward. Collectively, this process has the potential to heal the disconnectedness inflicted on Indigenous, Black and communities of colour.

Unsurprisingly, this cannot be done overnight. Deconstructing and decolonizing our notions of parks, green spaces, and nature is a lifelong unlearning process that requires continuous commitment. But it’s clear that the people doing this work have beautiful plans on what this may look like.

“A network of indigenous protected and conserved areas across Canada, and perhaps the world, that can be places of inspiration. Places where we can practice having better relationships between ourselves, as different aspects of humanity, and better relationships with the rest of creation.” – Eli Enns

“I would love for parks to look like, and to be known as, Indigenous spaces of reclamation.” – Alanah Jewell

“A space of learning where Black children's curiosities are listened to. A joyful space. Not of surveillance. And places where land education is central in all aspects of learning.” – Fikile Nxumalo

“I think the park boundaries would probably spider up all the local streets so that there would be green spidering into the neighborhoods. So that as soon as you step out your door, it's a park in some way, you know, and that there's a working ecosystem and it's providing this for you.” – Carmen Rosen