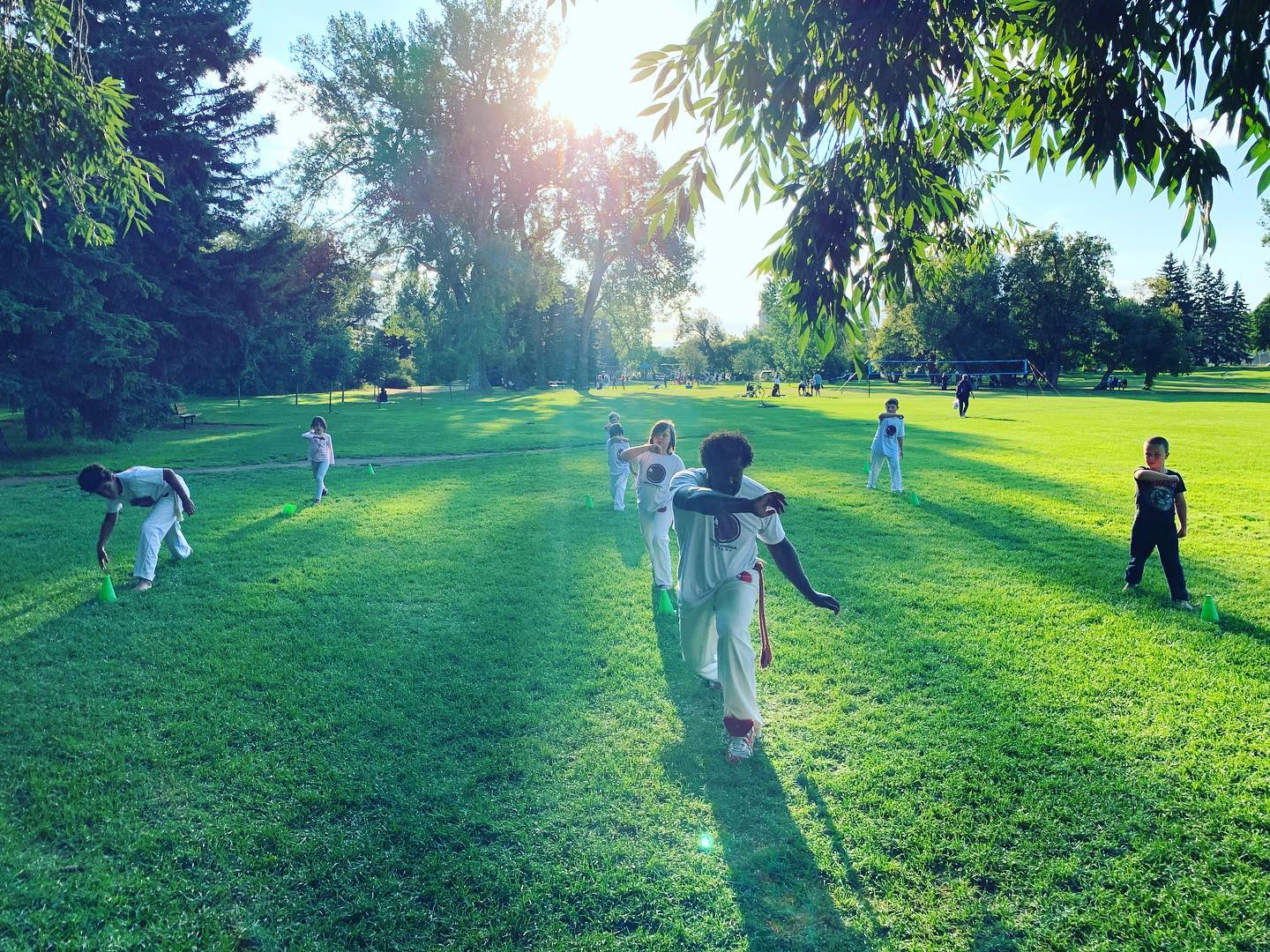 Socio-cultural experiences are just as important as the built environment in building healthier communities through parks—but they are often overlooked.

When we talk about the health impacts of parks, often distance to a park is used as a measure of access. But what makes an inviting experience for one person may feel inaccessible for another—no matter how close the park is.

Experts say that there is no one-size-fits-all formula for creating parks that optimize health, as access requires intentionality in tailoring parks to meet individual and community needs. Nadha Hassen, a PhD candidate and Vanier Scholar at York University, noted that the benefits we receive from parks are mediated by our own subjective experiences and perceptions, as shaped by our unique intersectional identities.

While grappling with layers of cultural and personal experience can be more complex than measuring distance to the nearest park, taking these factors into account is essential in ensuring parks reach their health-promoting potential.

This is because it’s estimated that only 10% of population health outcomes stem from the physical environment—in a park context, this might include things like improved air quality and space for physical activity—while 50% are shaped by social and economic factors. Parks can be resources for addressing social and economic determinants of health too—through improving social cohesion, facilitating integration during the settlement process, providing economic opportunities, and more—but only if people feel safe and welcome using them. 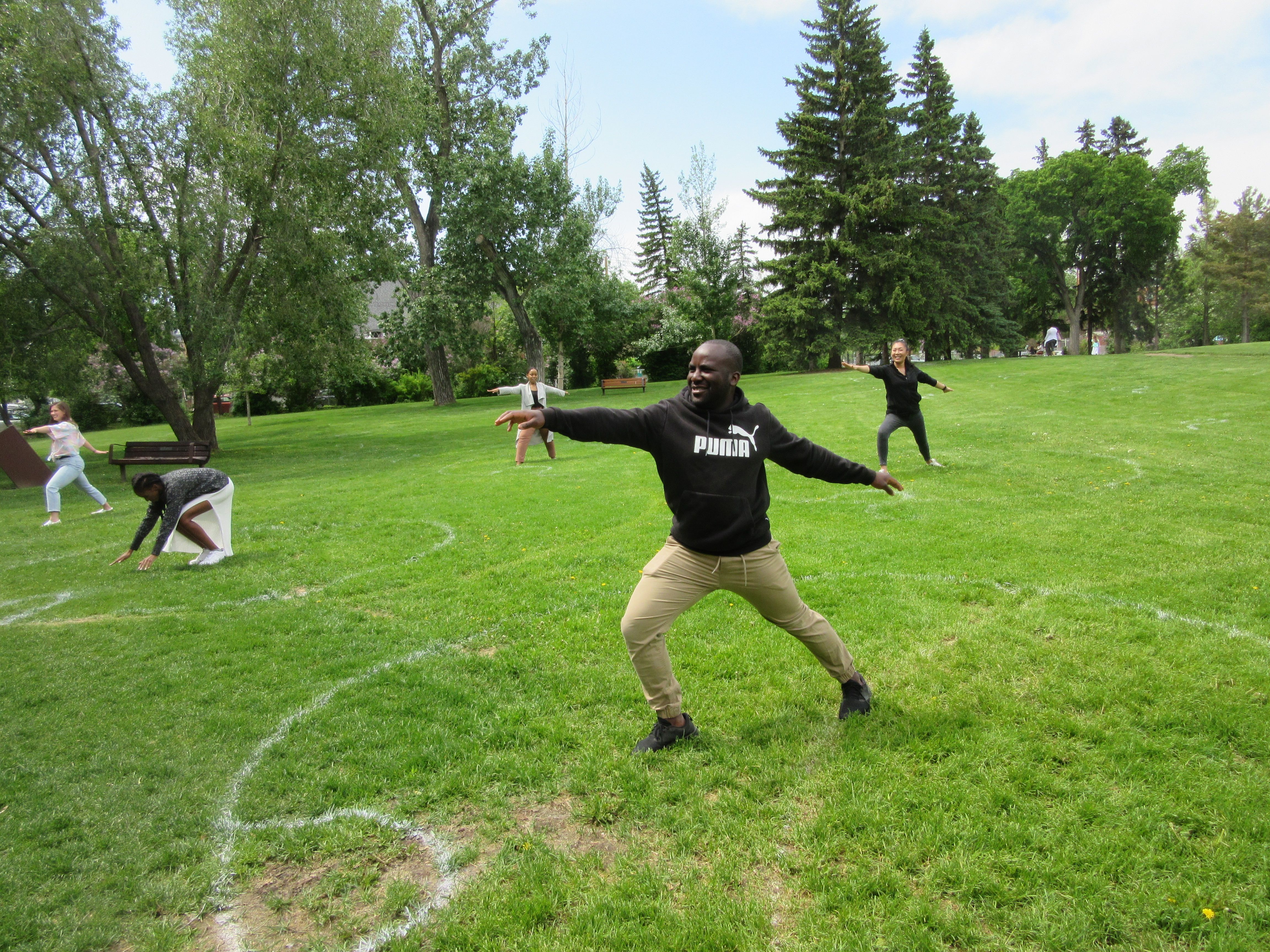 While a sports field might be seen as a resource for physical activity, it can be equally critical infrastructure for community belonging, said Dr. Janelle Joseph, University of Toronto professor and Founder and Director of the IDEAS (Indigeneity, Diaspora, Equity and Anti-Racism in Sport) Research Lab.

Dr. Joseph’s research with predominantly Afro-Caribbean cricket players has highlighted that beyond the physical benefits of sport, the community people develop from each other when that sport is tied to their ethnic identity, is “so essential for wellbeing,” she said.

“The cricketers that I did research with absolutely described the sport as being integral to their settlement process,” Dr. Joseph said, noting that almost all of them found jobs through word of mouth from other cricketers.

“Some people described to me the first time that they had a Jamaican patty on the side of the cricket field: 'Oh my god it's like the flavours of home!'” Dr. Joseph said. “Being able to recreate the networks of their homelands and access employment, access foodstuffs, access the ethnic community that is local—all of these elements are really important.”

But to realize these benefits, parks must include the amenities to support these activities—and their absence can have an impact on people’s well-being and sense of belonging.

“There was a lot of agitation from the players because they did not have access to the kinds of park spaces that they needed,” Dr. Joseph said, namely, large open fields to play cricket. “They self-described as ‘second-class citizens’ because the local community did not take into account their needs,” she said, noting that an important exception to this is the Brampton-Mississauga area where many elected officials identify as South Asian and play cricket themselves, and so made cricket facilities a priority.

Other cities, too, are working to ensure culturally appropriate amenities. City staff in Surrey noted rising demand for kabaddi—a contact team sport popular in South Asia—and are planning a new kabaddi facility in addition to two existing fields. Toronto has a Cricket Strategy in the works, which will identify locations for up to five new cricket pitches and include a recreation plan for cricket-related programming. Prairie Winds Park in Calgary includes a cricket pitch, tandoor oven, and picnic area that can accommodate intergenerational family gatherings.

It’s not just about having the amenities, however, but also how they are maintained. For example, a few years ago a state-of-the-art basketball court in Toronto fell into disrepair and disuse due to inadequate upkeep. The city argued that it prioritizes maintenance based on level of use, while some community members felt that a lack of care for the court reflected “veiled racism,” highlighting a need to rethink conventional maintenance practices to embed an equity lens rather than looking solely at use levels. 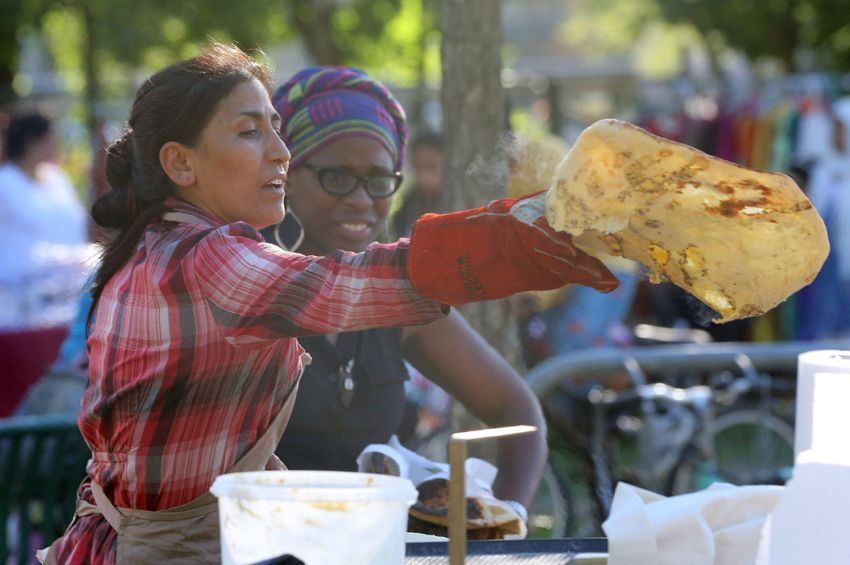 Changing the rules—both written and unwritten

For example, she points to her research on capoeira—a Brazilian martial art that is practiced in a group and integrates elements of dance and music. When practicing in parks, Dr. Joseph witnessed these groups being approached by police and asked to stop, as the martial art was not recognized as a “sport.” Similarly, in her research with cricket players, Dr. Joseph noted that drinking beer while playing is an important cultural practice accompanying the sport, but alcohol consumption is prohibited by many park bylaws.

Disparities in the enforcement of sports popular among different ethnoracial groups were also highlighted during the COVID-19 pandemic. In Ontario’s first lockdown in spring 2020, for example, some cricket players were issued fines, while golf courses and tennis courts remained open.

“When it comes to BIPOC communities, how are we being watched, what are we allowed to do, what is deemed dangerous conduct or unwelcome behavior such as having music playing?—I think all of those things need to be examined, especially as Western sport is defined differently, is defined without music, defined without danger,” Dr. Joseph said.

In addition to formal rules and enforcement, social definitions of what’s “acceptable” in parks can be exclusive, said Nadha Hassen. For example, the stigma attached to certain behaviours associated with some mental health conditions may be a barrier—even if people experiencing these conditions might benefit from the mental health boost parks can deliver. 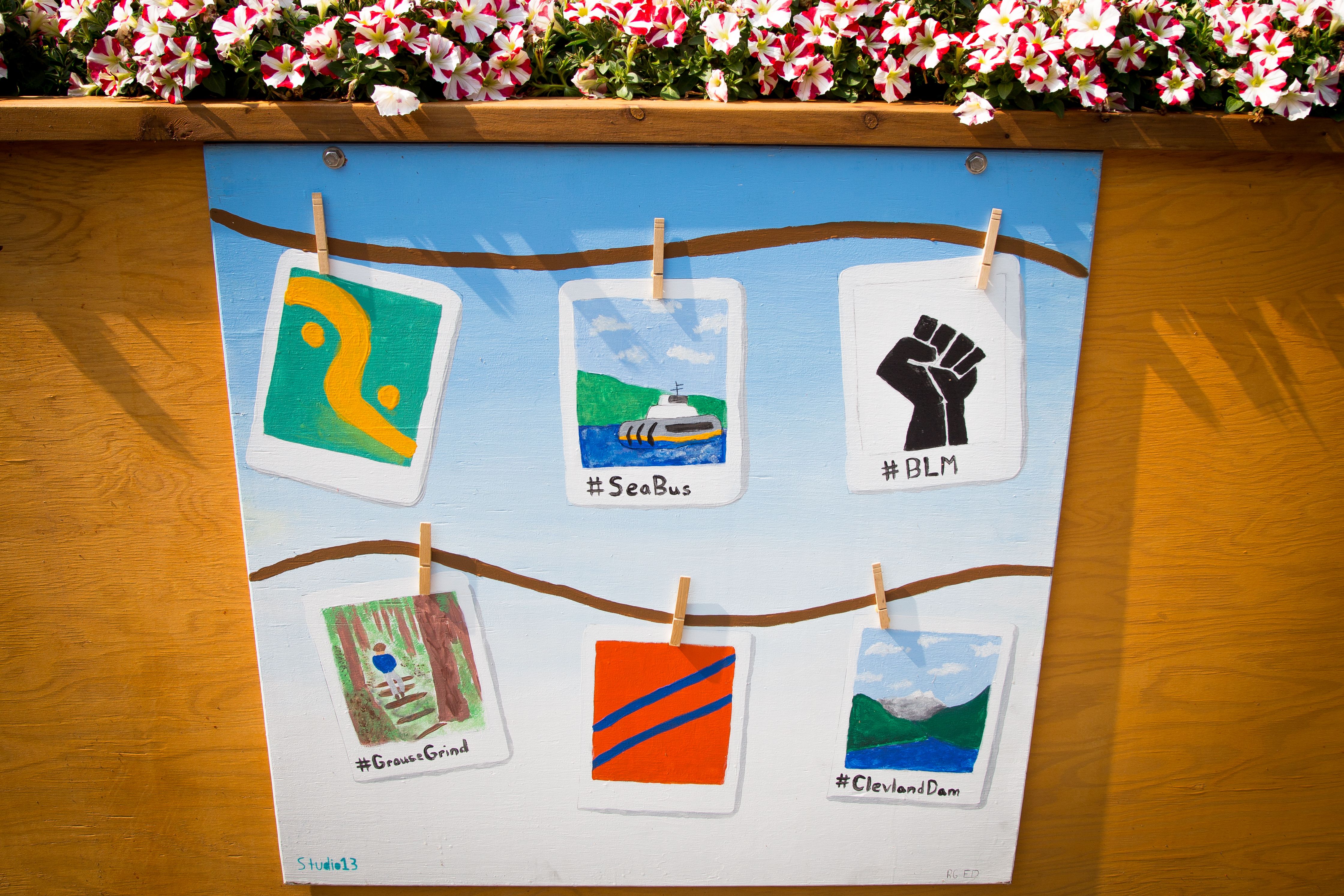 Social barriers extend to other cultural practices essential for spiritual well-being. For example, in Saskatoon and Toronto, there is demand for spaces to scatter ashes in waterways, a sacred ritual in Sikh and Hindu cultures. Mississauga is creating the new Kiratpur Park just for this purpose. Adjacent to the Ontario Khalsa Darbar temple, it will provide a peaceful natural setting on the Etobicoke Creek, featuring a fountain, gazebo, and recycling bins to dispose of containers used to transport ashes.

Sometimes a lack of understanding of what’s socially accepted in a place can create barriers to engagement in health-promoting activities, Dr. Joseph said. A wide open field, for example, “does not signal what is welcome there or what is allowed there,” she argued—a point that is echoed in North of the Water, a 2019 research report co-authored by Park People. The report found that “rules give people the confidence to engage with a space—especially when the rules are positive and encourage use,” whether they take the form of words written on a sign or more subtle design cues like inviting lighting.

Sports amenities, too, are a feature that can feel intimidating for some. “When I see soccer posts [in parks], I think, only elite people come here to play soccer. They don't want to play the kind of soccer I want to play with both of my children and all of my jiggles,” said Dr. Joseph, “so I wonder if there's ways that we could signal that fat people are welcome here, children are welcome here—that you don't have to be elite to use this space.”

Nadha Hassen agreed that clearly communicating which spaces and amenities are accessible is important. She shared an anecdote about a lower income and culturally diverse neighbourhood in Toronto where new tennis courts went unused, as “people in the neighborhood looked at them and thought ‘well, this must be a private facility—this is not available to us.’”

To identify these types of barriers, Hassen advocated for cities to expand their methods for evaluating parks to incorporate more qualitative elements that capture people’s experiences. While these methods might take more resources than straightforward people counts, Hassen argued that more nuanced evaluation methods can be a crucial way of checking in to ensure parks are meeting local needs. 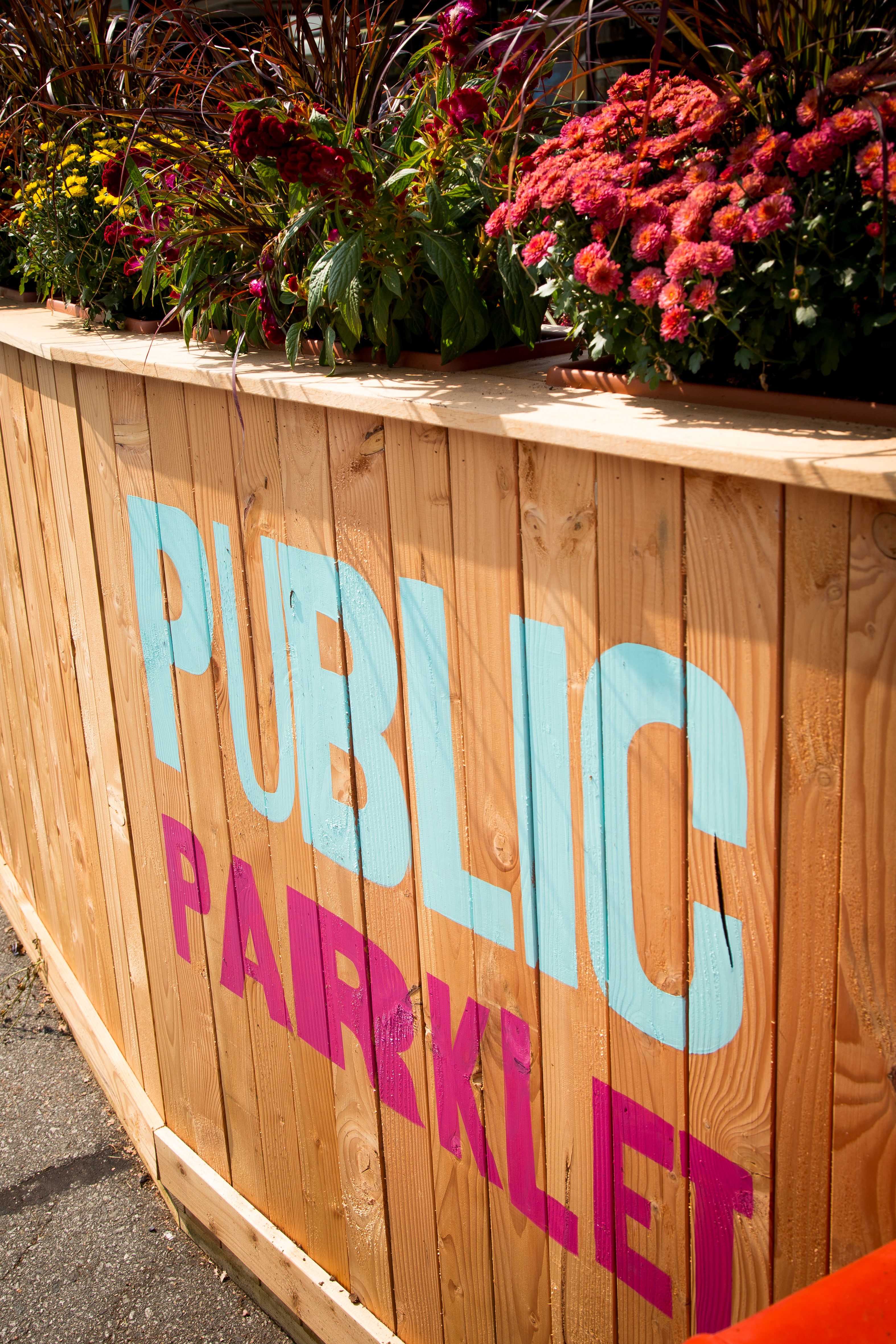 Appreciating the health benefits parks offer requires understanding where and how to visit them—but not everyone has equal access to this information.

Knowledge of the environment that people born in Canada might take for granted may not be evident to newcomers, said Chúk Odenigbo of Future Ancestors. He shared a recent experience with a group of immigrant women in Gatineau, who were apprehensive about visiting local parks for fear of encountering bears—not realizing that bear sightings are rare in the city. Research shows that nature can help support adaptation to life in Canada, making addressing these barriers critical.

Winter can be especially challenging, added Odenigbo, noting that people may not be aware of or able to access the gear needed to navigate the outdoors in colder temperatures comfortably. On top of that, winter activities like skiing and snowboarding can be awkward to learn as an adult, Odenigbo said.

As one example of a successful approach, Odenigbo pointed to the Winter Wellderness program offered by New Brunswick Parks in partnership with the city of Fredericton, which has introduced Syrian refugees recently arrived in Fredericton to winter activities through an excursion to Mactaquac Park. A recent survey of Winter Wellderness participants found that all families who initially participated continued to use parks regularly during the pandemic.

Programs like these have been especially important with the added isolation newcomers have faced during COVID-19. This past winter, SINGA Quebec, an organization that supports the integration of newcomers and refugees, hosted a photo exhibition called Deconfining hope: A walk through our lives in Montreal’s Parc Lafontaine and Parc Jarry. The exhibition, which featured photos illustrating different women’s migration journeys, was paired with winter activities, free snacks, free socks, and hot beverages, introducing newcomers to the possibilities for having fun in the cold. 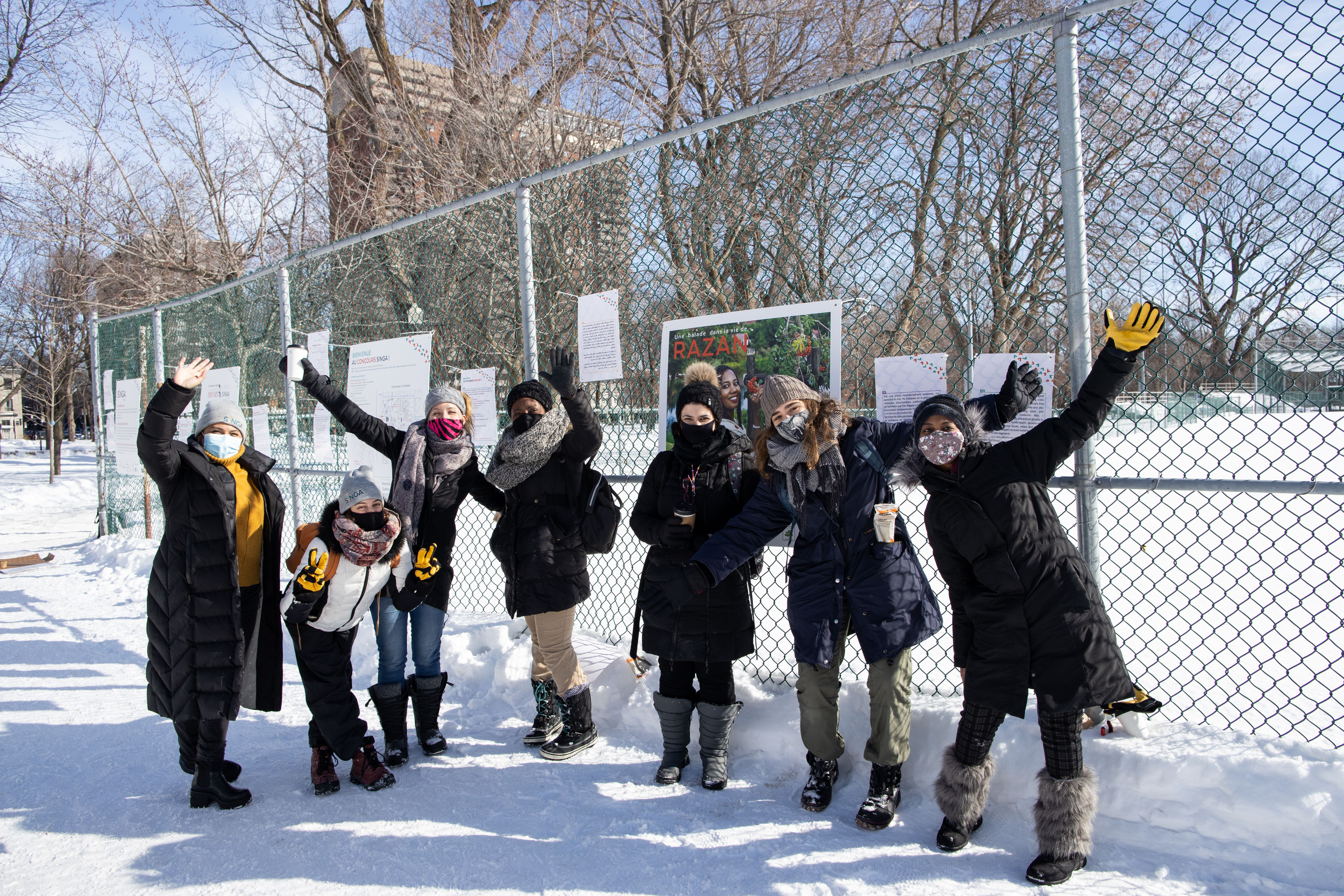 Other strategies that accommodate a variety of ways to engage with parks include: