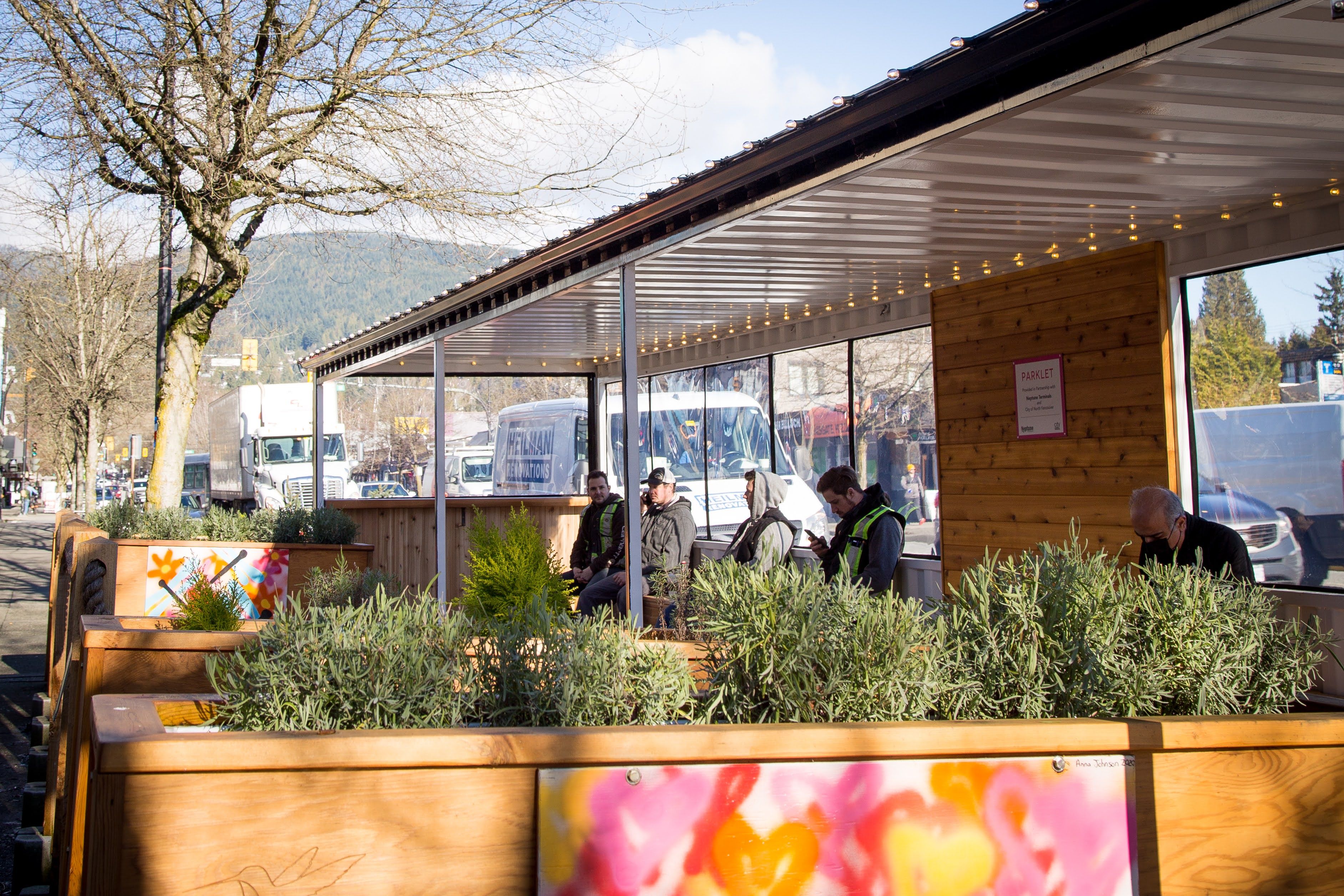 As COVID-19 has prompted a renewed focus on planning parks for public health, how do we maintain this momentum thoughtfully?

The pandemic has put the spotlight on the connection between parks and public health, opening the door to new partnerships and ushering in a wave of creative public space projects that embed a well-being lens.

In this year’s survey, 60% of cities said the pandemic resulted in an increased awareness of planning parks for public health. Of those cities, 89% said they expect this interest to be sustained, with longer term impacts on park planning.

While taking stock of these new opportunities, we can benefit from a moment of pause and reflection to consider lessons learned and how to move forward—whether that's by pursuing some of these newly highlighted health-parks opportunities, leaving certain pandemic practices behind, or building back stronger for the future. 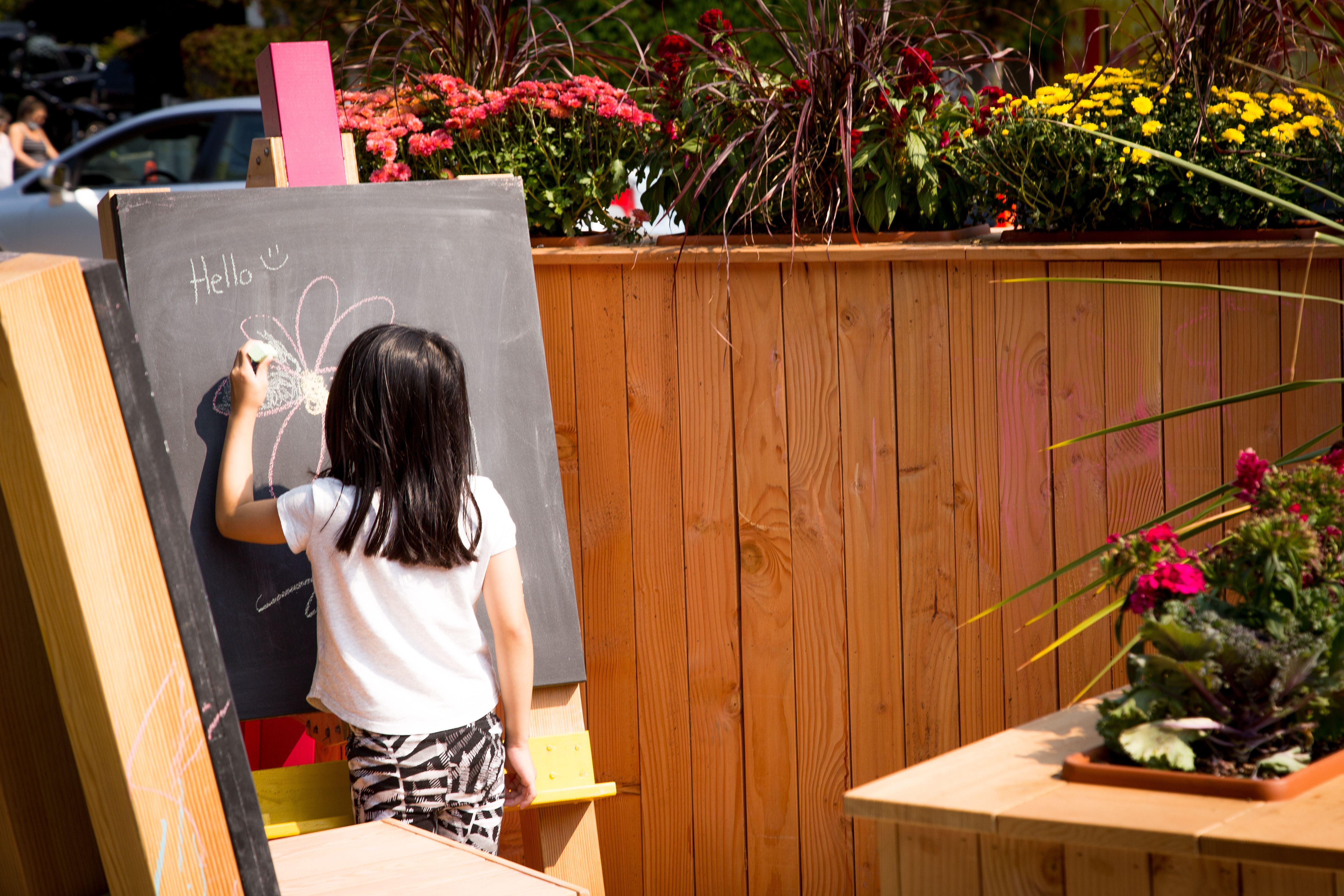 Strengthening connections between the public health and parks sectors can not only help governments and residents alike recognize parks as vital health infrastructure, but also unlock new funding streams, argued Dr. Melissa Lem of the BC Parks Foundation.

“We want governments to designate parks as an essential part of the healthcare system and fund them like we fund the healthcare system,” Dr. Lem said. With insufficient operating budgets consistently reported by cities as a challenge for the past three years of the Canadian City Parks Report, accessing health-based funding could help address the perennial budget squeeze that has been exacerbated by COVID-19.

To work toward this, “try to partner with the health sector, because there is a growing movement especially within Canada right now of health care professionals who are starting to become aware of the benefits of nature for their patients’ health and for community health,” Dr. Lem advised, “so reaching out and formalizing those linkages is important to grow the movement, and also just to increase support for funding for parks.”

Our survey results indicate this is already happening, with 84% of cities reporting that the pandemic has increased collaboration between parks and other municipal departments, such as public health. 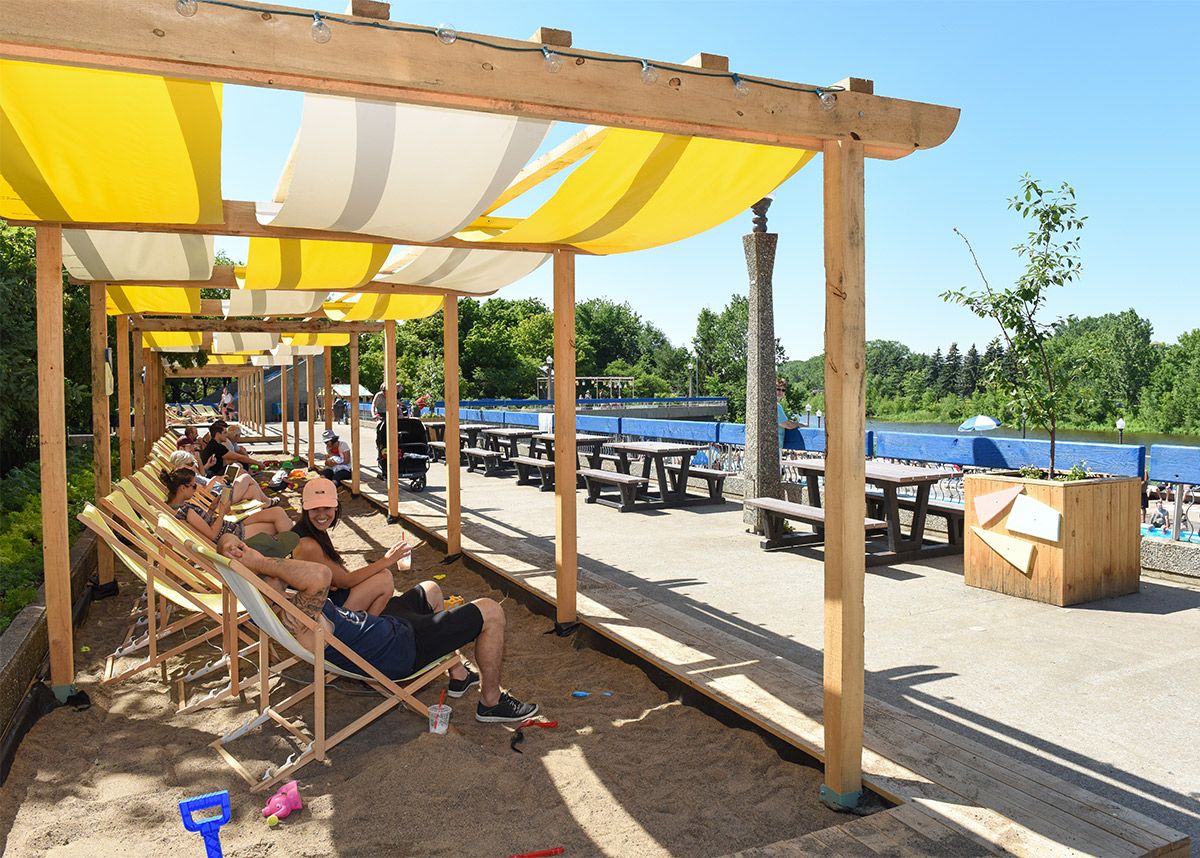 Prepare for the future

In contemplating how to plan parks for resilience moving forward, we can learn from the structures cities had in place that allowed them to adapt to the pandemic smoothly.

As the COVID-19 pandemic highlighted the need for opportunities to get outdoors in winter, many cities stepped up their efforts with creative winter programs and pilots. Toronto opened eight “snow loops” at golf courses for winter walking and snowshoeing, Calgary saw more than 2,000 bookings through its new fire pit program in parks, and Montreal added 26 whimsical winter stations created by multidisciplinary design teams to public spaces across the city. Some cities even got a headstart on winter by creating artificial snow in parks before the holidays, including Laval, Quebec City, and some boroughs in Montreal.

In Edmonton, however, the approach didn’t change much from previous years, said Susan Holdsworth, the city’s WinterCity Manager. This is because they already had a strong foundation in place: the WinterCity Strategy, in force since 2012, and a dedicated WinterCity office to lead its implementation. “I'm really proud of Edmonton for having invested in our WinterCity Strategy. It was a concerted effort that involved all the departments and changing the way they do things. And not thinking of it as the offseason anymore—it's not the offseason.”

The work has involved a change in mindset toward “a systems thinking model in Edmonton, so that everything's looked at through a winter city lens,” said Simon O’Byrne, co-chair of the WinterCity advisory committee. This includes thinking about programming, O’Byrne argued, “For too many cities, when city hall thinks about winter, all they think about is a winter snow clearing budget and policy, as opposed to, well, how do we create a great community in all four seasons? How do we make sure that … the coldest places have vibrant, successful parks and public spaces in January, not just in July?”

Creating four seasons parks has three main pillars, said Holdsworth. Design, maintenance, and promotion. The latter is especially important, O’Byrne argued, because there’s a “presumption that people aren't using parks in winter, and that's just not the reality.” Storytelling and sharing experiences of getting out in winter could help shift that perception, O’Byrne suggested, “I think part of it is about changing the narrative and giving people the social licence to go outside and not hibernate and to embrace the fun.” 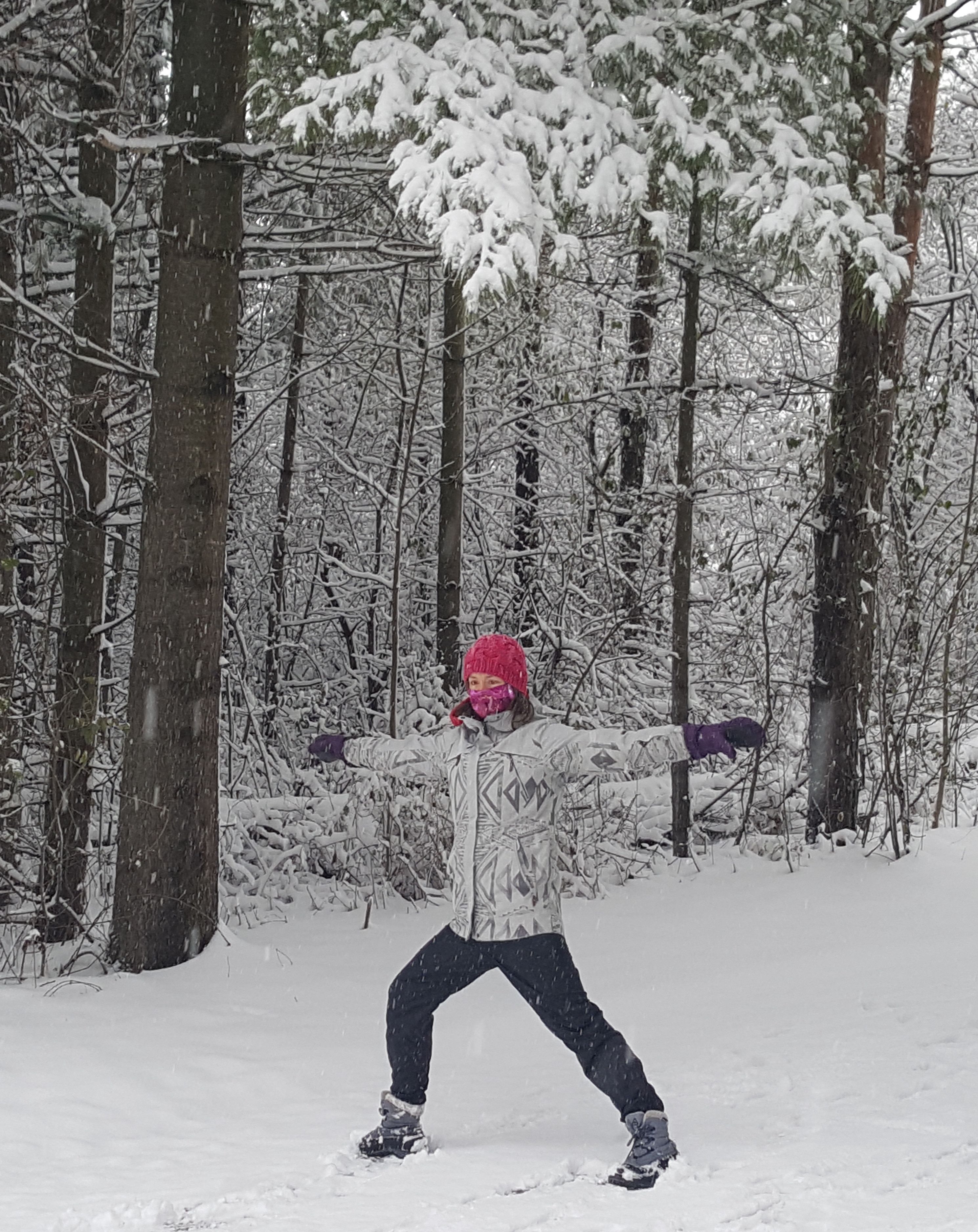 In Kitchener, the city-led Natural Areas Program has been providing residents with opportunities to connect with parks through stewardship, education, restoration, and wellness activities since 2006. When the pandemic hit, having dedicated staff and resources for the program allowed the city to quickly adapt to new needs.

This included ramping up wellness programming—such as nature meditation, forest bathing, and nature immersion activities—to meet growing mental health pressures. It also involved shifting programming to parks with less foot traffic to alleviate stress on overused natural areas, and adapting to new trends, like the desire for outdoor remote schooling, through the city’s existing partnership with a local forest school. The city also launched a food security initiative and prioritized engagement with Indigenous communities in response to inequities highlighted by the pandemic.

“Having a well funded, well supported program ... the resiliency was built in advance—so that we can continue to function in times of need and adapt in new ways,” said Josh Shea, Kitchener’s Manager of Urban Forestry and Natural Area Management.

Vancouver used the Equity Initiative Zones—historically underserved neighbourhoods identified through the city’s VanPlay plan—to prioritize COVID-19 pilots, like slow streets. At the start of the pandemic, knowing which parks support dense populations helped staff prioritize locations for a park use survey that then informed deployment of parks ambassadors and maintenance staff. Katherine Howard, formerly of the Vancouver Park Board, recommended cities start off with a simple catchment area analysis that captures the number of people living within a 10-minute walk of each park. Some of the parks identified through the catchment analysis were not ones that Park Board staff would’ve thought to prioritize without the data to inform them. 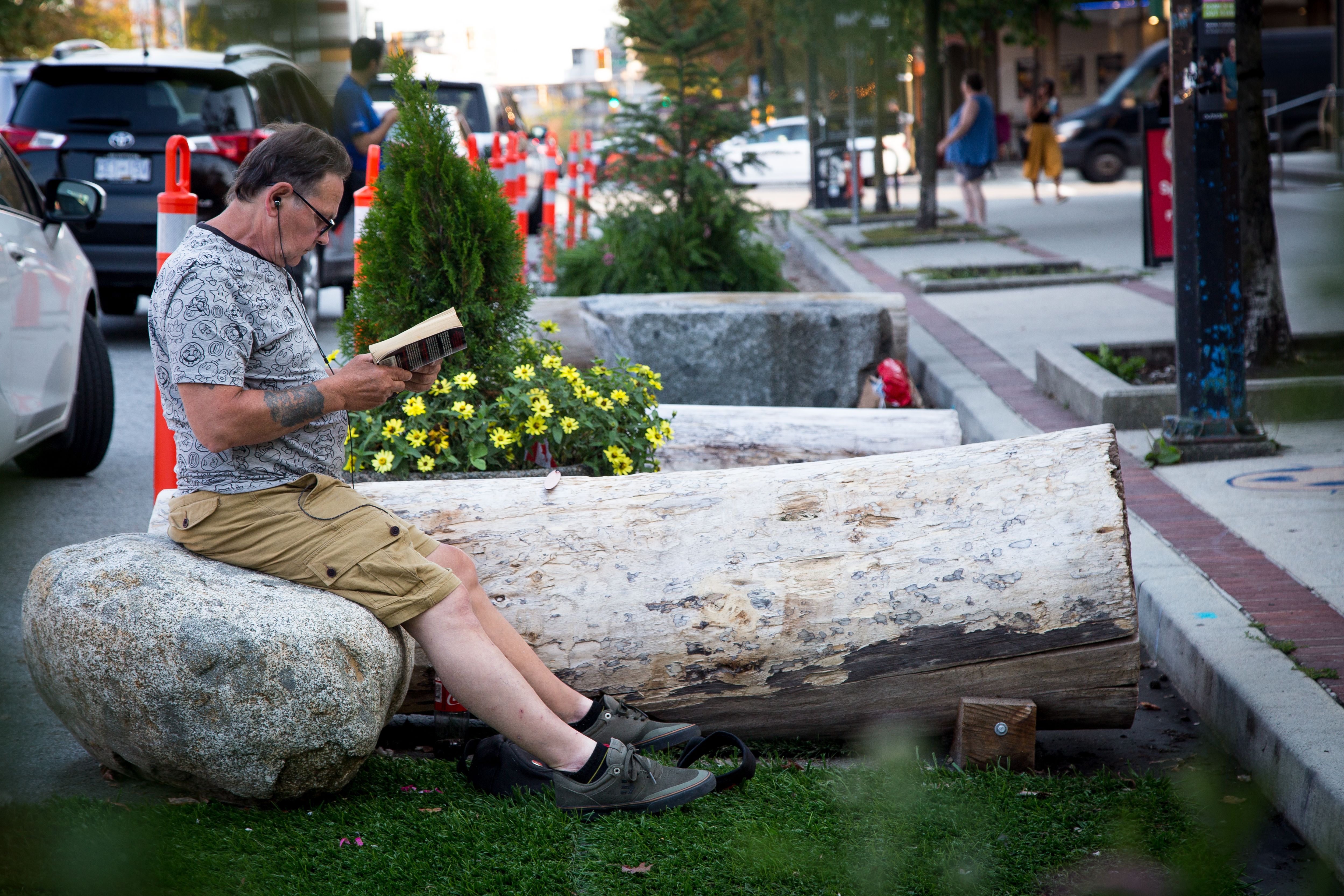 In response to the toll of the pandemic on health and well-being, 84% of cities said they implemented a new program or pilot during COVID-19 to allow people to use parks safely. These pilots ranged from Edmonton’s pop-up community gardens, to Kingston’s pedestrianized downtown marketplace, to Regina and Waterloo’s new community grant programs.

Katherine Howard argued that it’s important for cities to reflect on these new opportunities and consider possibilities for long-term changes.

“This attention and permission to try new things, permission to provide more open space in new and interesting ways, and being open to solutions that we hadn't thought of before that we've got in our hands right now … we need to lock it into policy,” Howard said. Vancouver, for example, is exploring permanently reallocating at least 11% of the city’s street space to “people-friendly public spaces”—an initiative put forward by council early in the pandemic, highlighting how COVID-inspired “slow streets” programs are building longer-term momentum.

Quebec City’s ephemeral places program offers lessons on how to proceed with pandemic pilots. The program, which creates temporary public spaces based on ideas proposed by community organizations or initiated by the city itself, doubled to nearly 50 sites during COVID-19. Many of these sites feature simple but impactful interventions—like movable tables and chairs, basic greenery, or edible gardens.

Patricia Collerette, a Research Officer at Quebec City, said that the program helped the city respond quickly to emerging pandemic needs. By sparking spontaneous interactions, the spaces helped to address social isolation, while also alleviating pressure from nearby parks and public spaces experiencing elevated pandemic use. 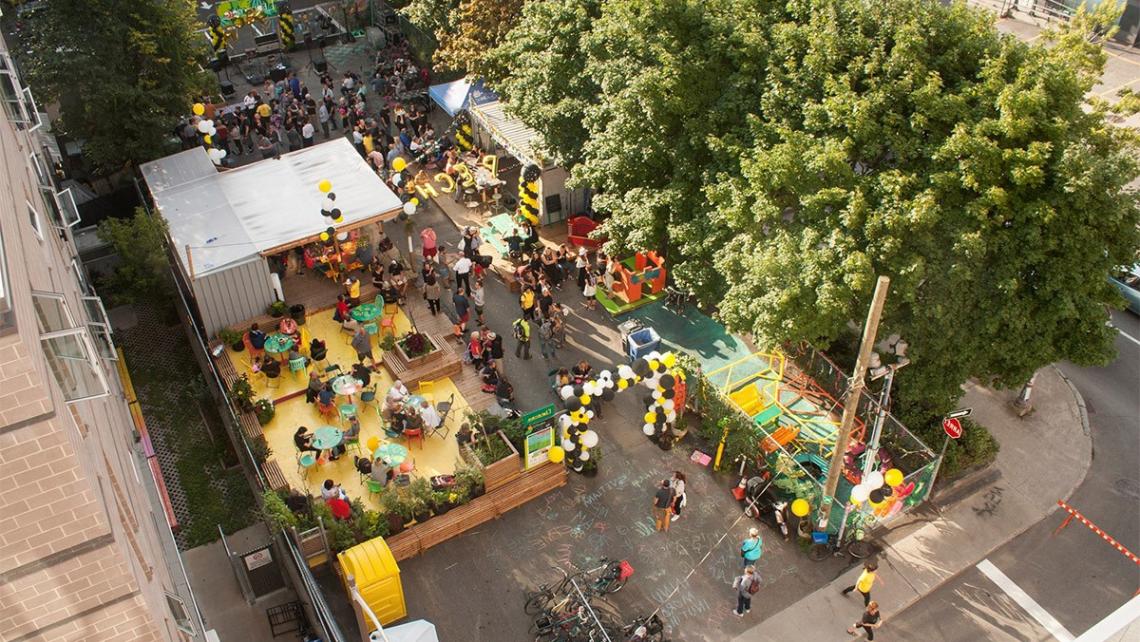 The Social Layer of Health