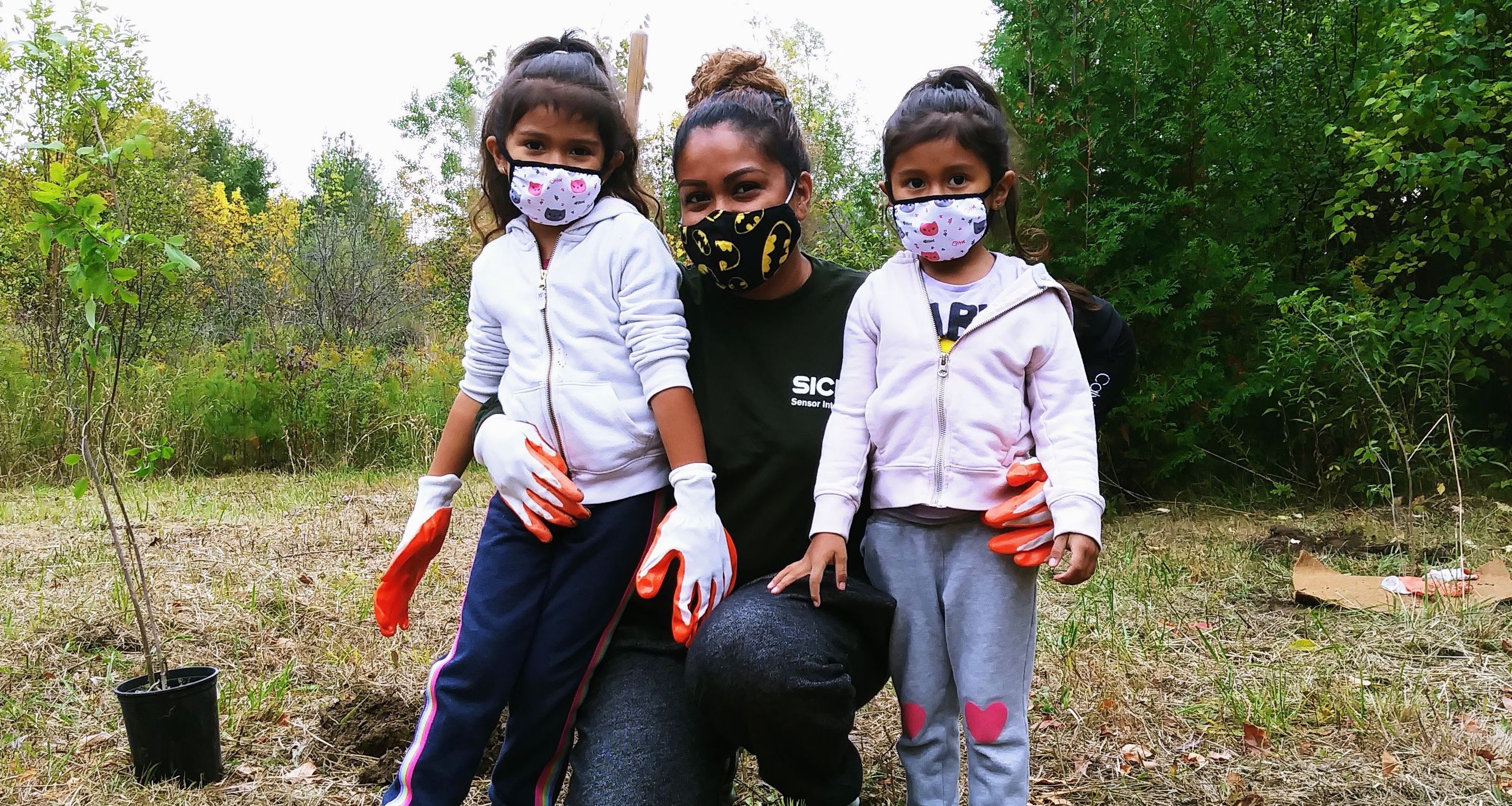 How collaborations are helping protect ecosystems, galvanize the public, and deepen connections to urban nature.

The natural landscape of Canadian cities is varied and rich. But it is also increasingly at risk due climate change and urbanization fueling biodiversity loss and other environmental damage. This year, 86% of cities said protecting and enhancing urban nature was a challenge.

To address this, more and more cities are turning to partnerships of all shapes and sizes, including volunteer-led groups as well as more formal co-management agreements with organizations.

The pandemic has also increased desires to get involved in natural spaces. In our April 2021 survey of Canadians, 58% said they have become more interested in engaging in stewardship activities since the pandemic began—reflecting the increased use and appreciation of natural spaces during COVID-19.

Whether in partnership with a city or with other organizations, community groups and non-profits can help raise public awareness, enhance natural spaces, and deepen a sense of shared responsibility to the land.

A key part of a successful partnership is identifying each partner’s strengths. In the case of urban nature partnerships, this often takes the form of community organizations providing nature education and stewardship opportunities—addressing a gap in some city-led programming

In Toronto, for example, a lot of the programming the city offers is recreation rather than natural education, said Doug Bennet, Business Development Officer within Parks, Forestry and Recreation’s Partnerships Unit. “Nature education is a really crucial part of environmental stewardship and nurturing the next generation of environmental leaders,” he said. “And we can deliver a lot of that nature education with our partners.”

For Dylan Rawlyk, it’s also about public engagement. Until recently, Rawlyk was the Executive Director of Stanley Park Ecology Society, a non-profit that works to monitor and improve the natural environment of Vancouver’s largest urban park.

Some people find navigating municipal structures a barrier, Rawlyk said, so a non-profit can be a friendlier way to get involved. It can also help shift public opinion about caring for parks, positioning it as a collective responsibility.

SPES brings in hundreds of volunteers and in-kind contributions, which support the group’s ability to go deeper than park staff can in monitoring species in the park—information that can then be shared back to the city.

In Laval, Geneviève Bédard, Project Manager for the city’s Green and Blue Network, said that while the city outlines goals, it can’t act alone in achieving them, calling partnerships “essential.”

Bédard highlighted an organization called Canopée—a collective of non-profit organizations focused on six different forest areas in the city that came together to pool resources. The city works closely with the group, Bédard said, with city staff then connecting with staff in other departments.

The partnership has helped surface and troubleshoot challenges, such as managing increasingly busy trails during the pandemic with signage to encourage people to avoid trampling sensitive habitats. Canopée has also installed counters at three forests to track visitors, with the data revealing an increase from pre-pandemic levels of between 66% and 100% in visitors depending on the forest. 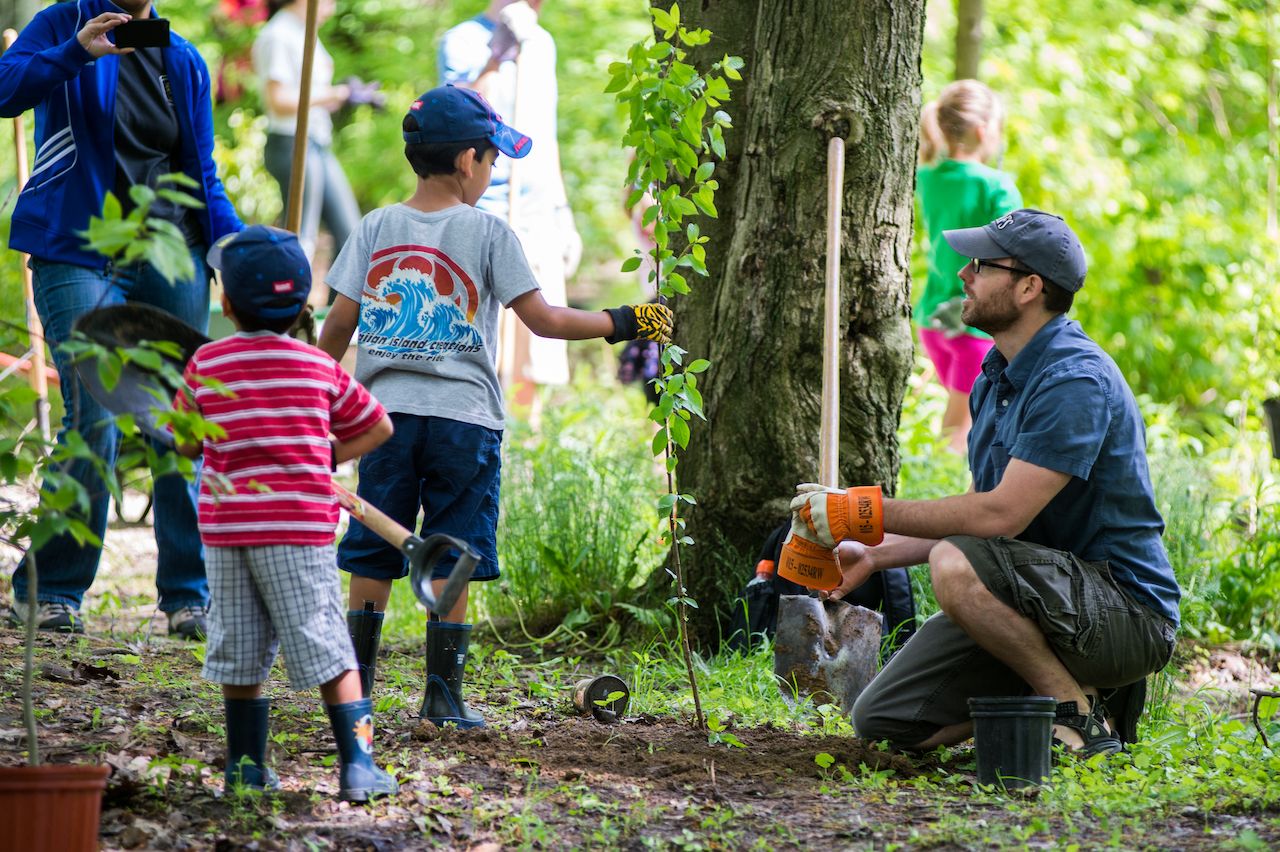 Raise awareness and advocate for change

Partners can act as an outside voice to bring attention to particular issues. This can be a complicated part of a partnership, but if done sensitively it can also be one that city staff welcome. Outside voices can often push for change vocally in a way that city staff cannot.

For example, Stanley Park Ecology Society publishes a State of the Park report, which has highlighted water quality issues within the park’s fresh water ponds. Rawlyk said the hope was to push the Vancouver Park Board to include improvements within its capital planning. He said that he met with Park Board staff to share their process so that nothing would be a surprise when it was published.

Advocacy has also played a strong role in the work of Mary Farrar, President of the Friends of Inner Kingston Harbour. This resident-led charity has worked to protect habitat and species at risk in Kingston, including leading an award-winning citizen science program monitoring turtles in Douglas Fluhrer Park.

For the last five years, the group has protected over 100 nests from predation, working with 50 volunteers who do surveys in the mornings and evenings. The group has been successful in applying for outside funding, including a grant to do a radio telemetry study that attached an antenna to six turtles to see where they went.

Through this work the group discovered the turtles hibernated at Kingston Mills, information they shared with the city so a passageway could be included within a bridge project to allow “for fish and turtles to go back and forth from the Inner Harbour up to Kingston Mills,” Farrar said. One of the volunteers is now studying the turtles as part of her work at Queen’s University, which shows how citizen science work can seed academic research—something Farrar said was an “exciting” result of the group’s work. 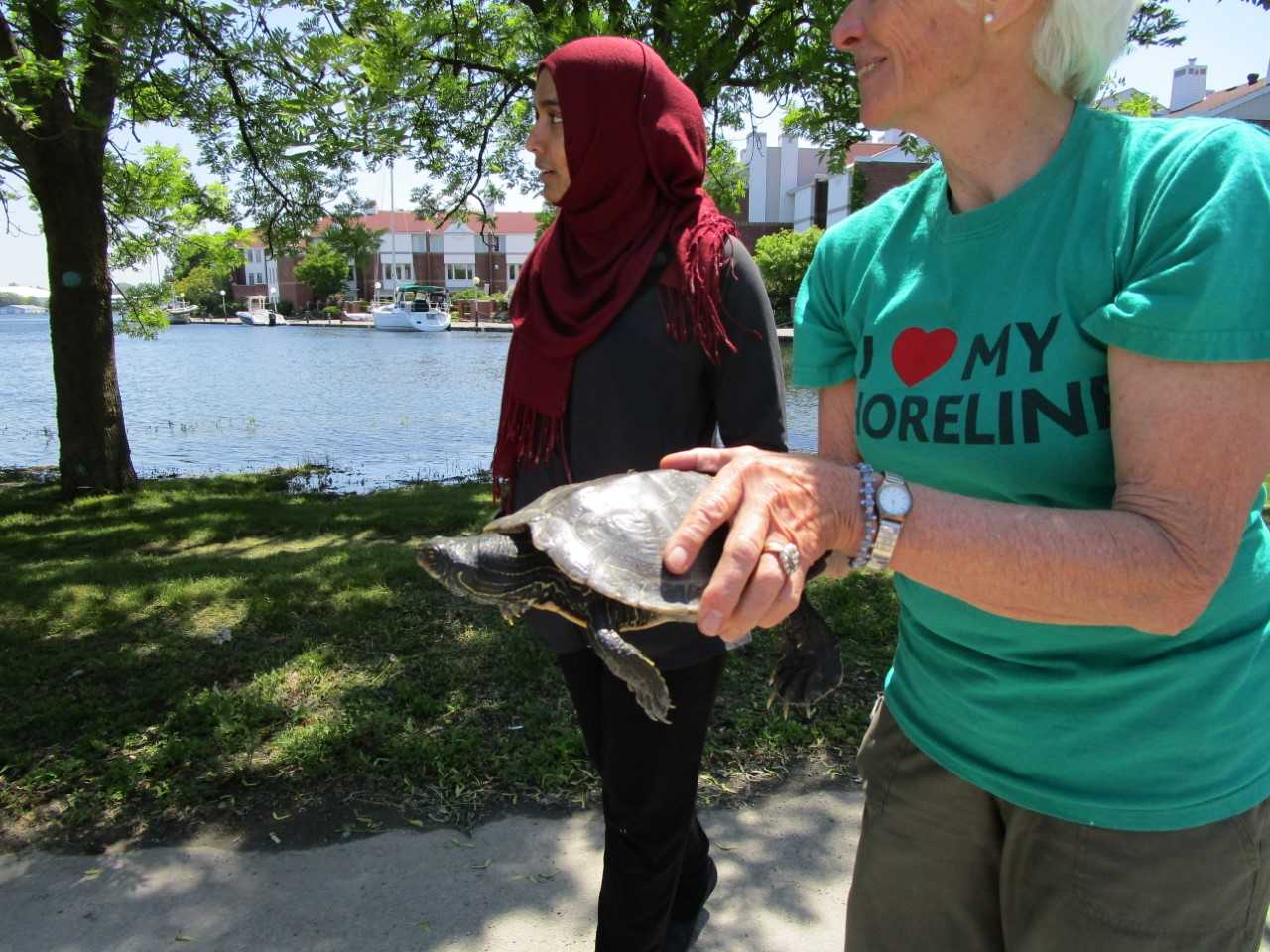 In any partnership, it’s important to understand how you’re going to work together. Taking the time to define roles and responsibilities and create a structure to manage the relationship—such as a working group—can build trust and open communication lines for when challenges arise.

It’s also important to remember there is no one-size-fits-all process. Each partnership will have its own unique strengths and weaknesses, said Doug Bennet

“We have a toolkit of policies, procedures, processes that we bring to each partnership discussion, but the tool that you bring out of that toolkit will vary tremendously depending on the partner and the context of the site,” said Bennet.

For example, the city used a license agreement with High Park Nature Centre, a registered charity located in one of Toronto’s largest parks. The agreement permits the group’s use of the city-owned Forest School building in the park, laying out a vision for natural education and environmental research.

This has enabled the group to run programming, including subsidized school and camp programs which support the city’s own equity goals. Additionally, the city entered into a fundraising agreement with High Park Nature Centre for a capital campaign to raise money for improvements to the school.

In the case of Stanley Park Ecology Society, the process includes a joint-operating agreement with the Vancouver Park Board. The agreement labels SPES as a park partner and outlines roles, which helps coordinate work between the two organizations, said Rawlyk.

Having a written agreement that documents relationships is critical for continuity—an important lesson as well for volunteer-led park groups who may see membership ebb and flow over the years. 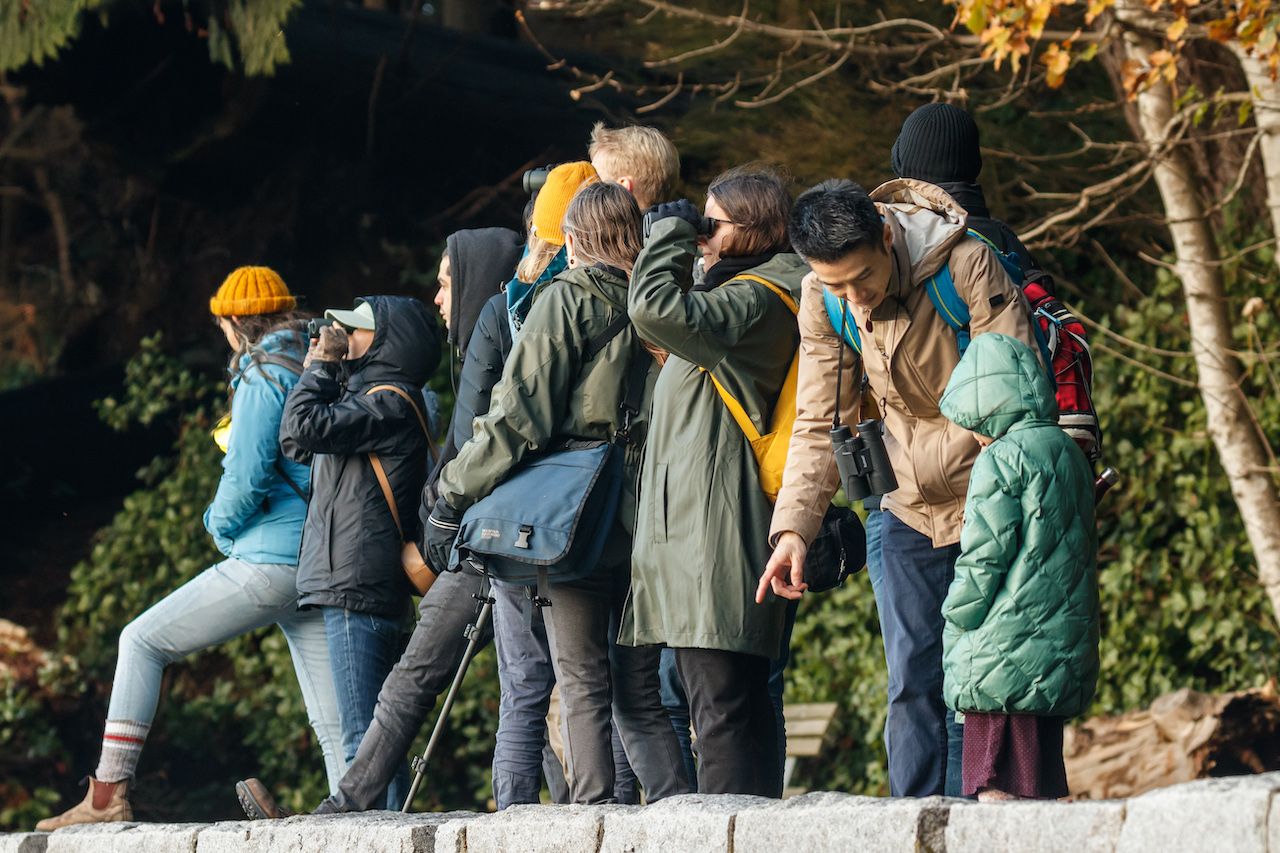 Fostering a sense of shared responsibility

In Kingston, Belle Island is guided through a unique structure: management principles and a signed 2013 accord between the City of Kingston and the Mohawk Nation Council of Chiefs.

The documents set out a collaborative approach, outlining areas of work including naturalizing what used to be a golf course, creating new habitats for threatened species, protecting the Island in light of climate change impacts, and setting aside an area for use by Indigenous people for ceremonial purposes.

Travis Canadien is a Haudenosaunee-Mohawk from the Turtle Clan. His Nation is Kahnawa':ke, Six Nations. He’s also a caretaker with the community-based Belle Island Caretakers Circle.

Canadien said the accord provides the group with a mission to work towards fulfilling its goals, adding that he’s proud of the relationship the Circle has built with both the Mohawk Nation Council of Chiefs and the city. The group was recently awarded the First Peoples Proclamation by the Kingston Aboriginal Community Information Network.

Canadien sees his caretaker role as “reconciling with the ancestors,” noting that the Island is a Sacred Site as an Indigenous burial ground.

The work the group undertakes, such as annual clean-ups, helps feed his spirit. Having a Sacred Site in your territory is “not only an honour,” he said. “It’s a responsibility as Indigenous [peoples] to take care of the site. And it just so happens there’s a bunch of like-minded people that feel the same way that aren’t Indigenous and they feel the obligation. It’s a very powerful place.”

The group started through simple clean-ups on the Island and grew from there. One of their next areas of focus is supporting the creation of a breakwater that can act as a natural barrier to stop erosion and protect against flooding.

His advice to others starting out? Remember to start small. It can be tough going, Canadien said, so you have to “have patience with the process and embrace your inner tortoise.” 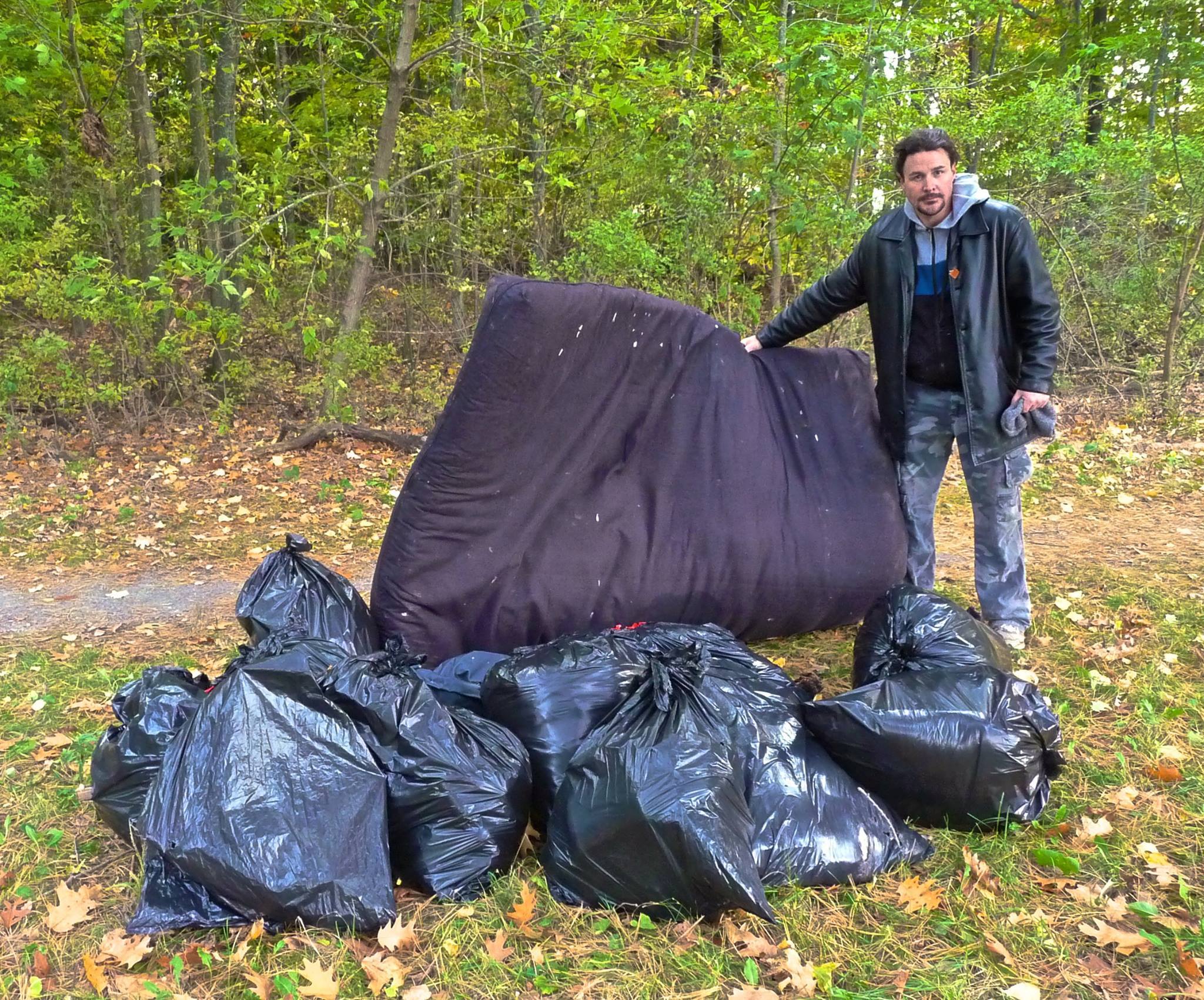 Help to build the capacity of others

All of this work represents an opportunity for organizations and cities to learn from each other across the country.

In the case of more developed non-profit partners, they can play the role of mentor to other lesser experienced groups. Rawlyk said that while SPES focuses their work in Stanley Park, they offer training and resources to help spread knowledge.

Through Cornerstone Parks, Park People provides a forum for non-profits across Canada to exchange ideas and best practices, while providing research support and direct funding. Priority is placed on community engagement with nature-based solutions to climate change.

The program will also support the three organizations in learning from each other. For example, sharing the work Les amis has done to continue stewardship during COVID-1 as well as the newcomer youth ranger program run by High Park Nature Centre. Rawlyk said the program will also help these organizations better “support smaller groups and grow their stewardship efforts.” 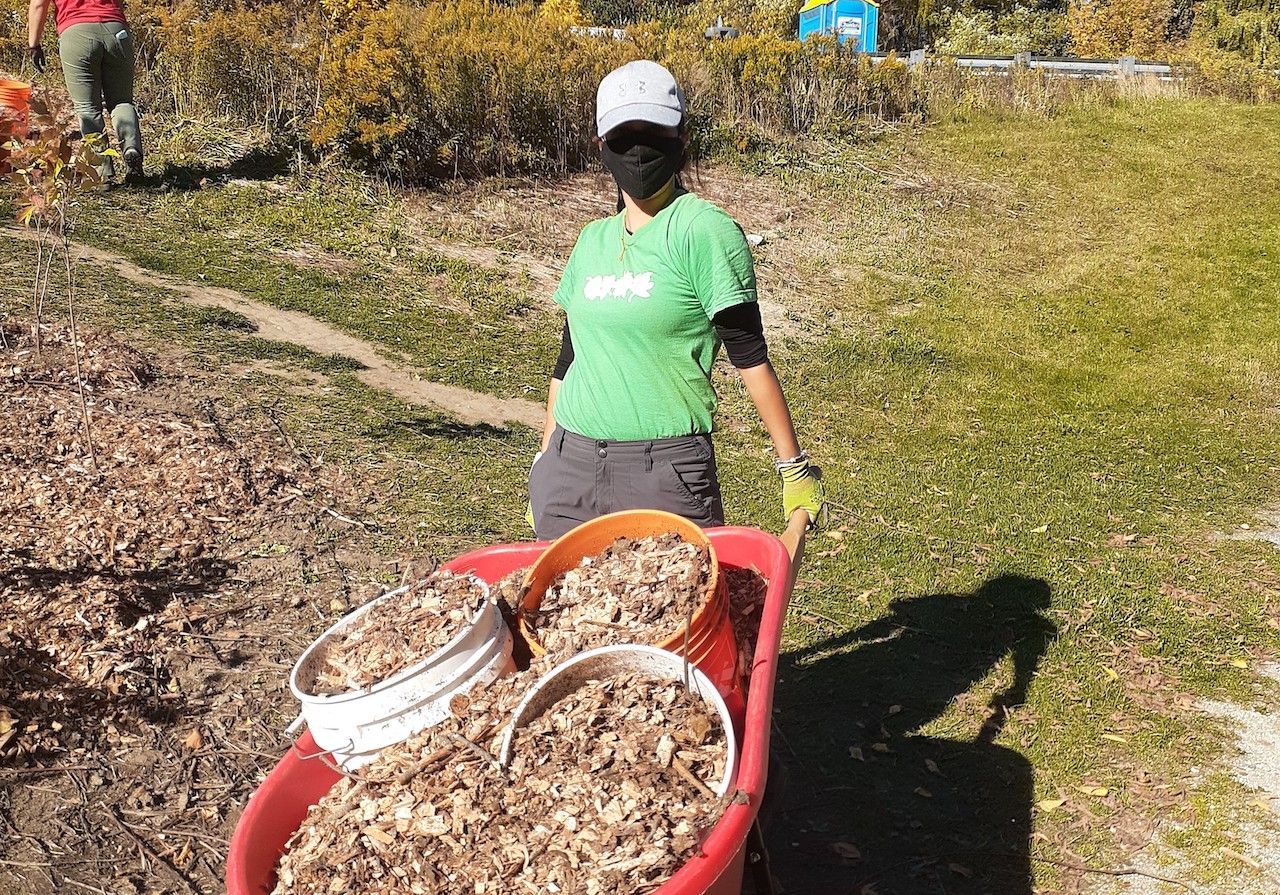 The Role of Philanthropy in Parks